Just beside my part-time job supermarket, a temple famous for healthing has held a big dance party call 盆踊り. In japanese means dancing for dead people. 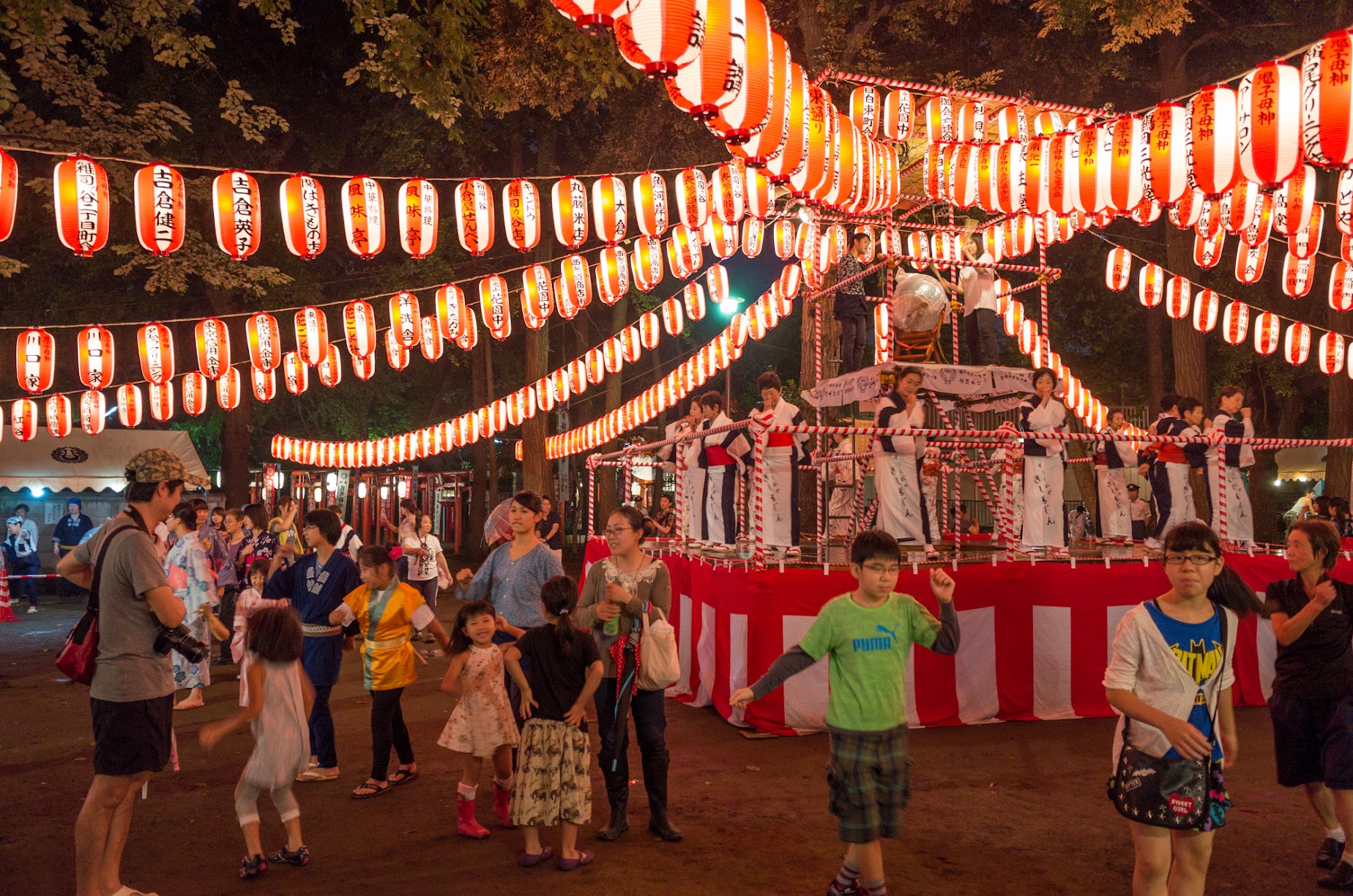 This may sounds a little bit crazy, however nowadays the performance has totally became a happy party for people live around. 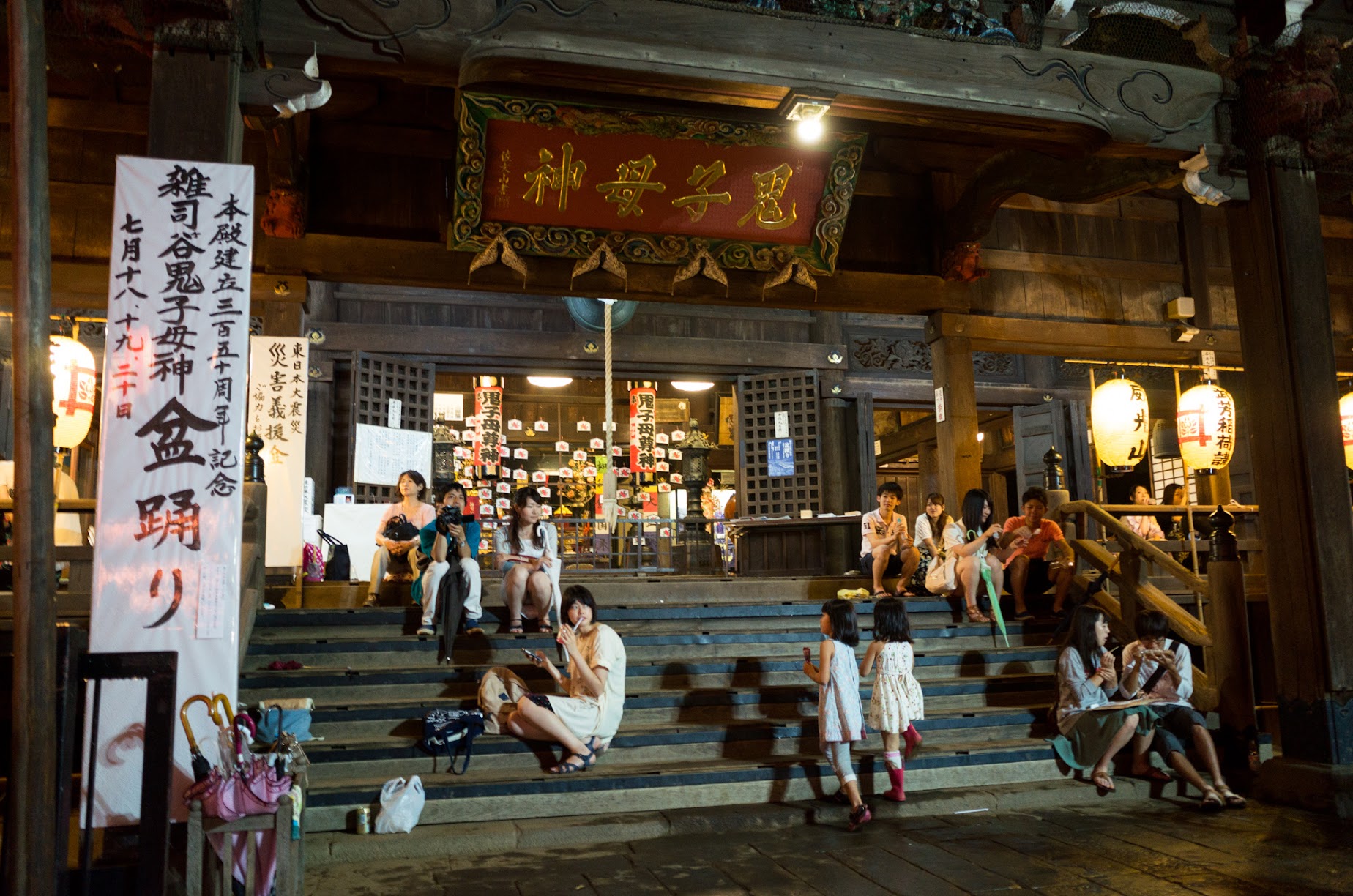 The youngs came out and enjoyed the performance, half of them might join the dancing and half just seated around, eating or drinking. 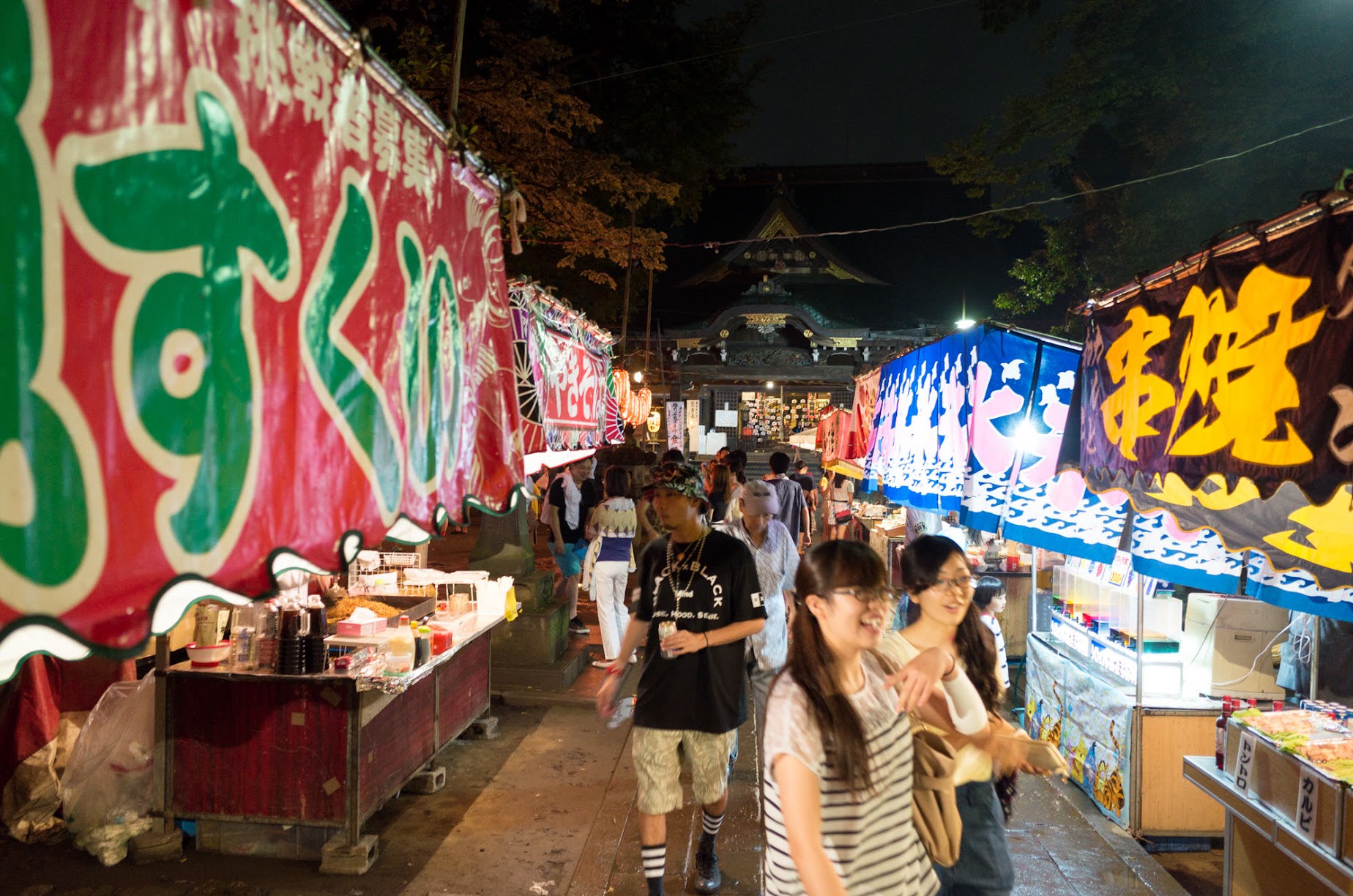 For a japanese festival like this, traditional foods, games are not going to miss. Long way in front of the temple, both sides of it was occupied by them. 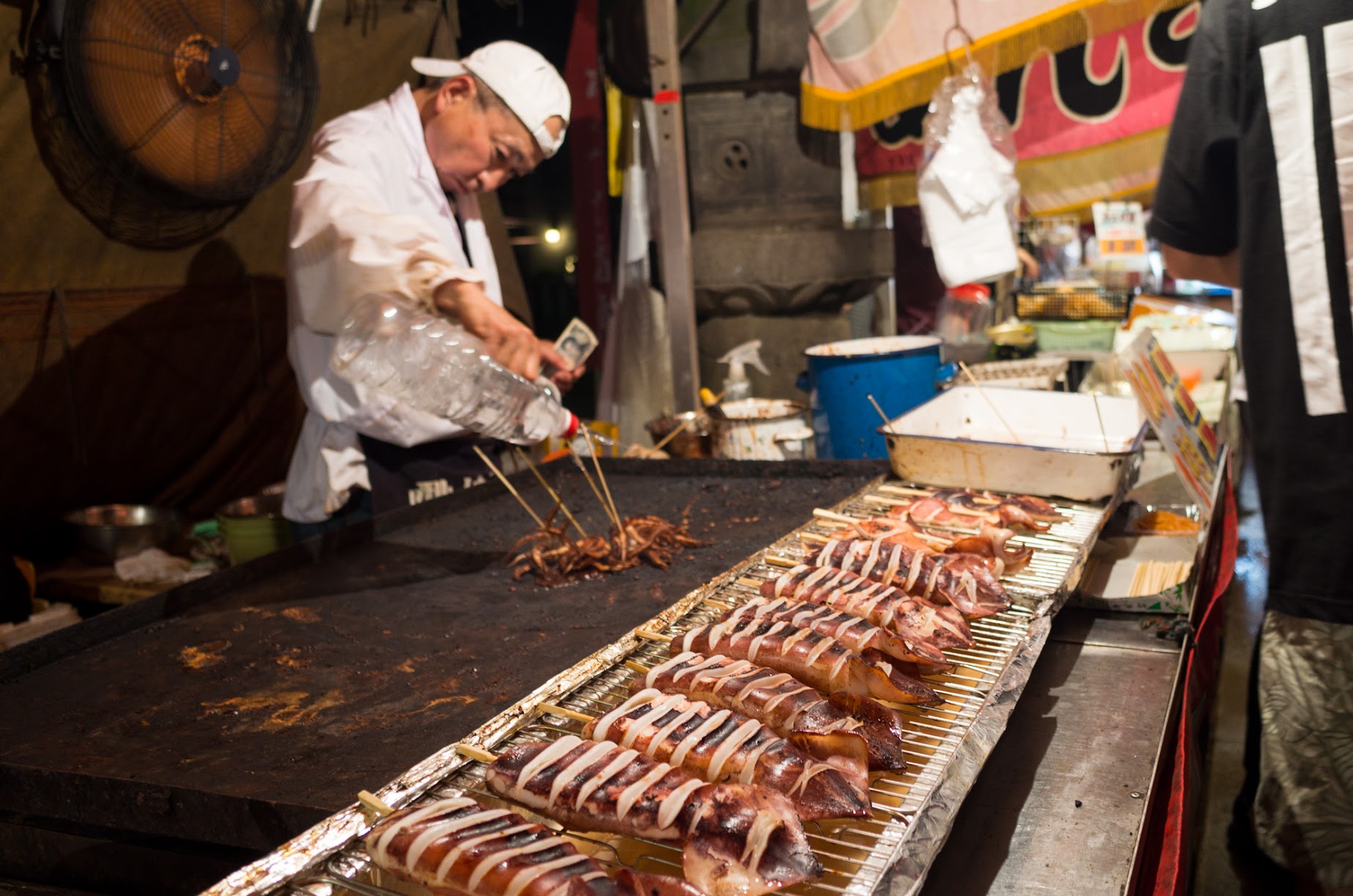 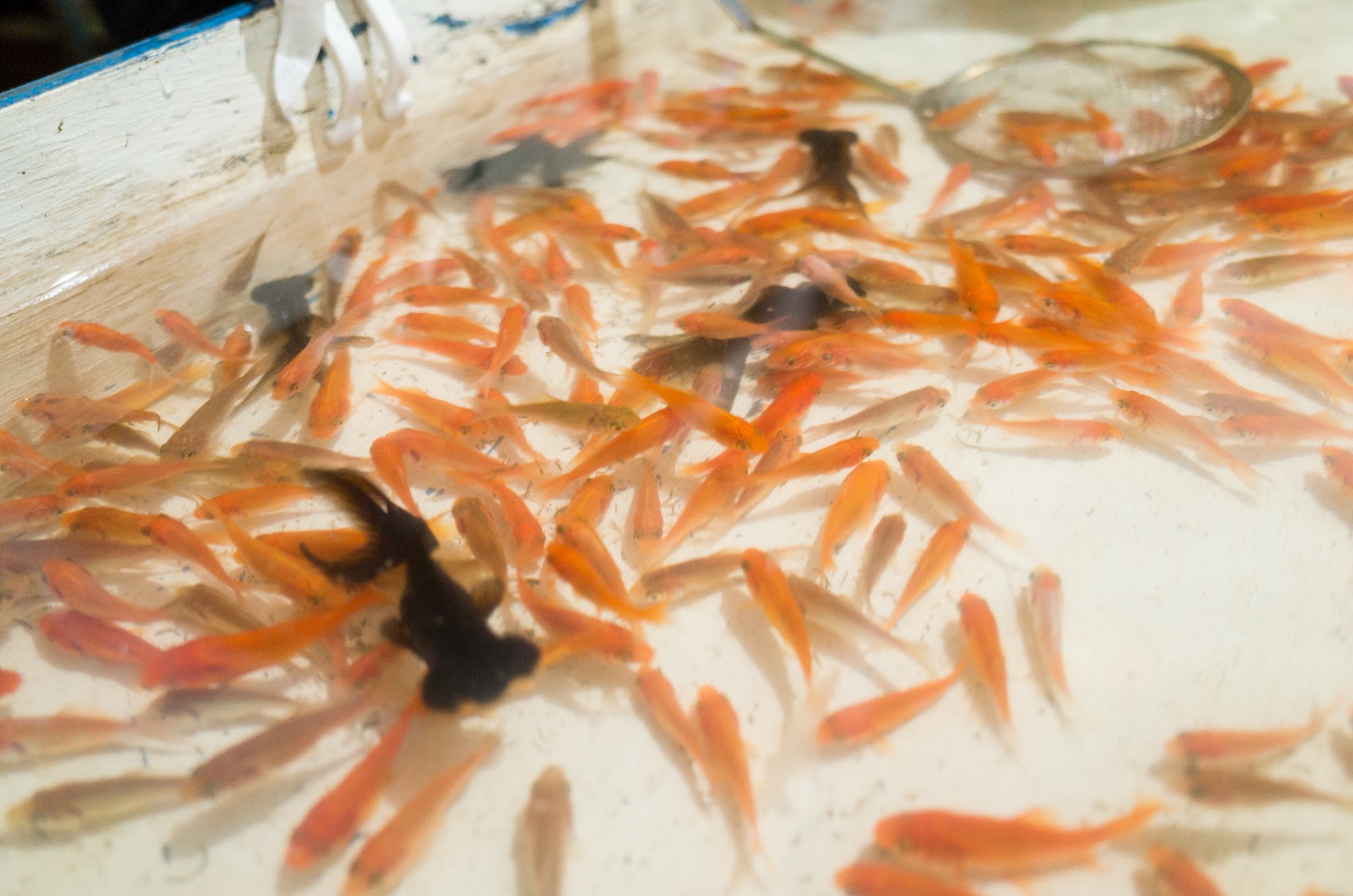 Another well-known game is 金魚すくい, the Goldfish scooping. people scoops goldfish with a paper-made scooper, catch goldfish as many as they can. 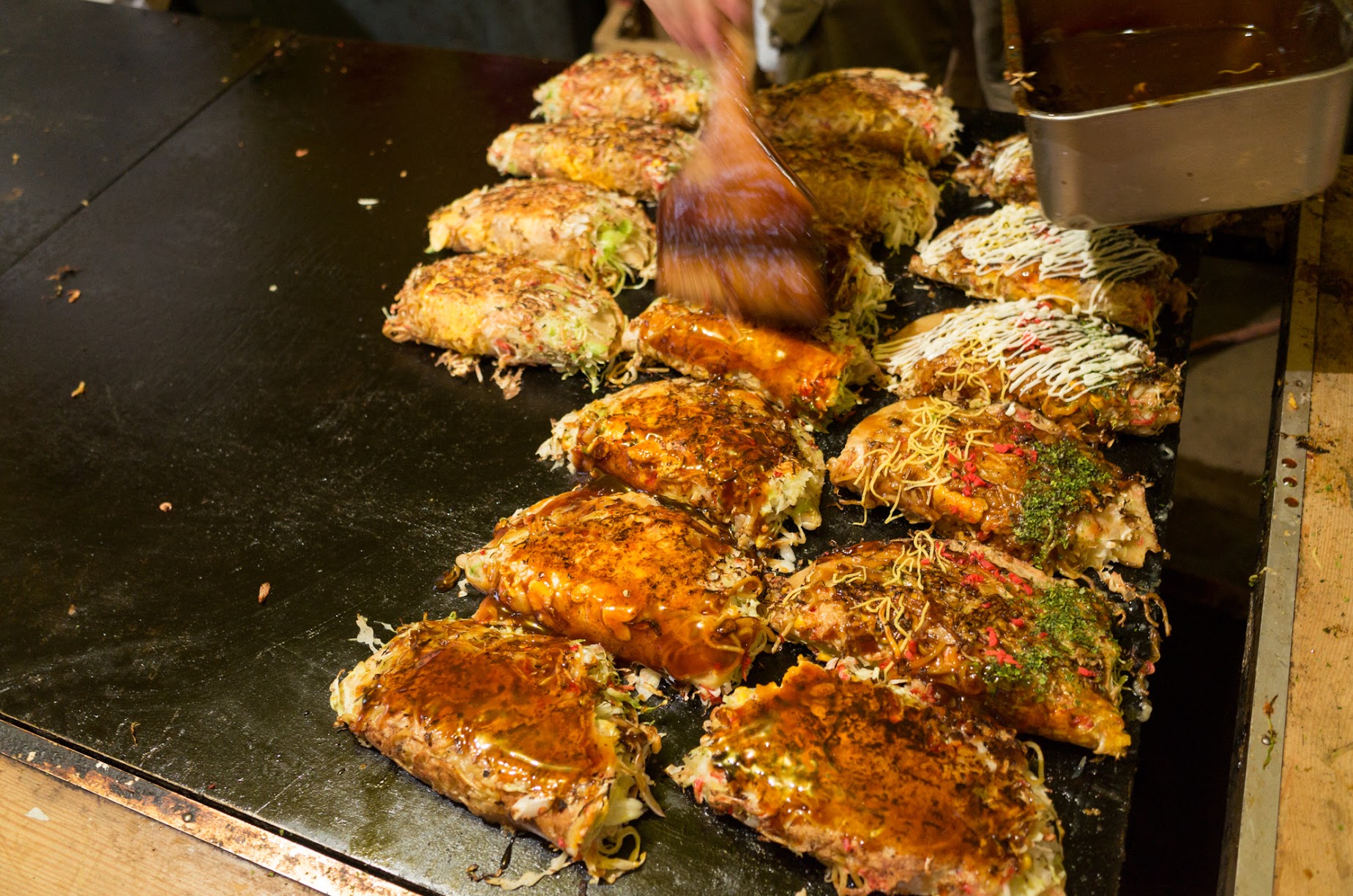 For food, HirosimaYaki is the one I love. Putting delicious sauce onto the pancake, full of japanese style. 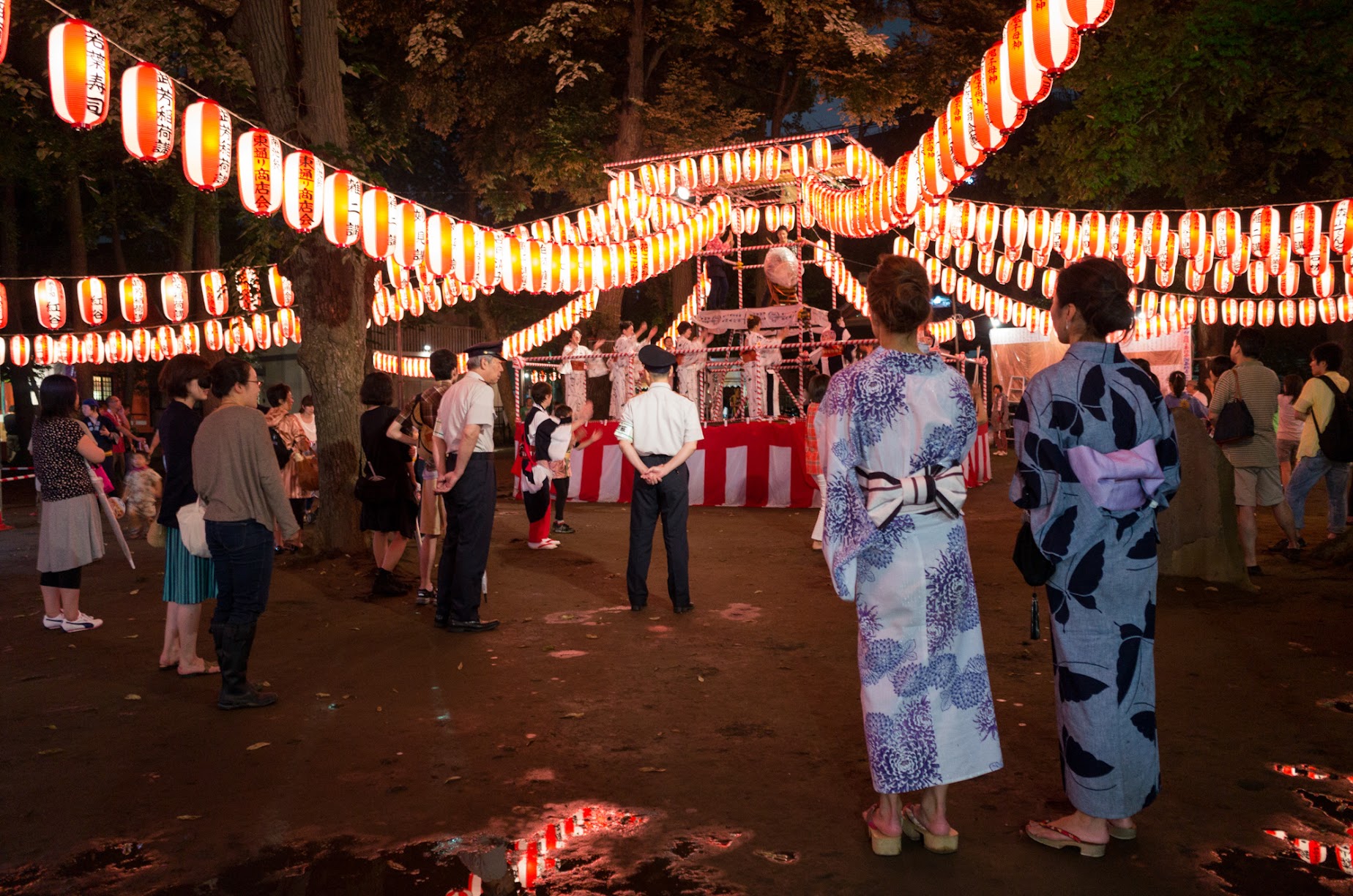 Girls wearing traditional cloth calls Kimono could be seen in these kind of festival, but boys almost not choose the stylish cloth, they just T-shirt.

Once these kind of festival begins, it tells you, the summer is coming.