It was my first East Asian rainy season in Japan. In Shanghai, there is also a rainy season between Spring and Summer, so guess I have no problem with it. 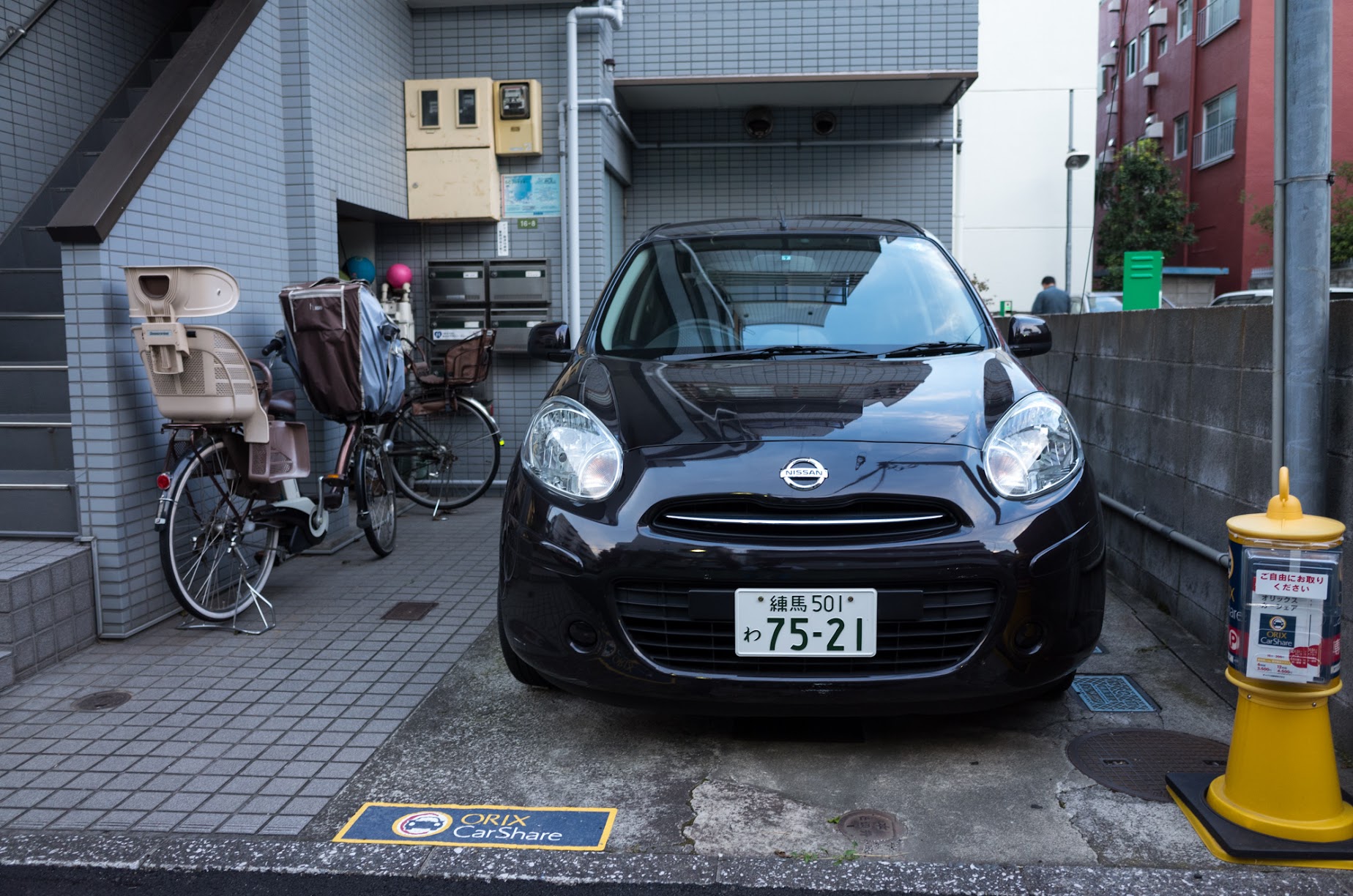 Just went by mood, rided the bicycle to see the sea. On the riding way, a beautiful fountain park was found! Really hard to shoot in such a low light situation with a no optical shake reduce system camera. 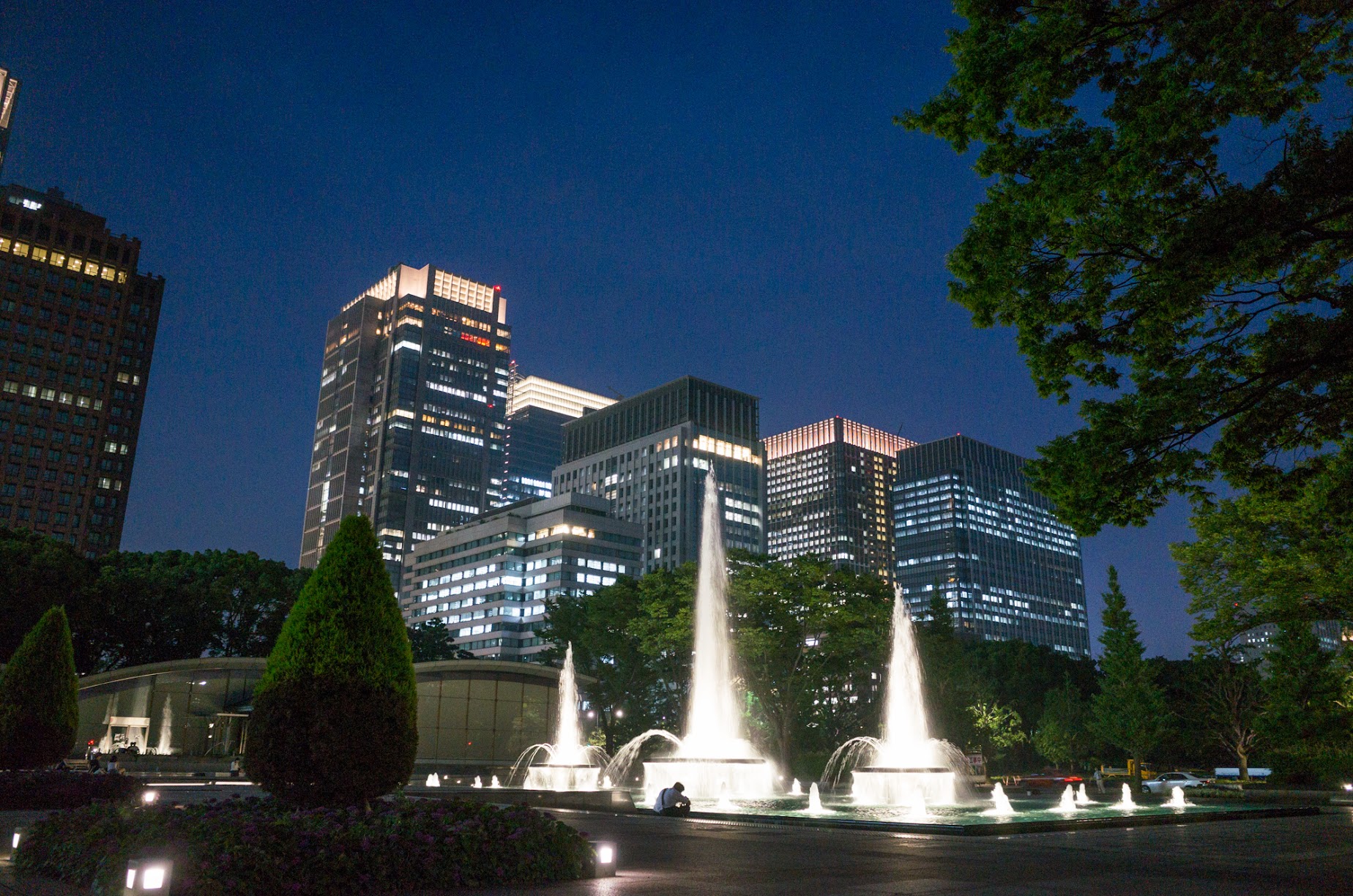 Fortunately we got a in lens leaf shutter and a wide angle 28mm view. Hit the LCD screen on my nose and nearly half of the photos are ok for post production by a 1/10 shutter speed like this. 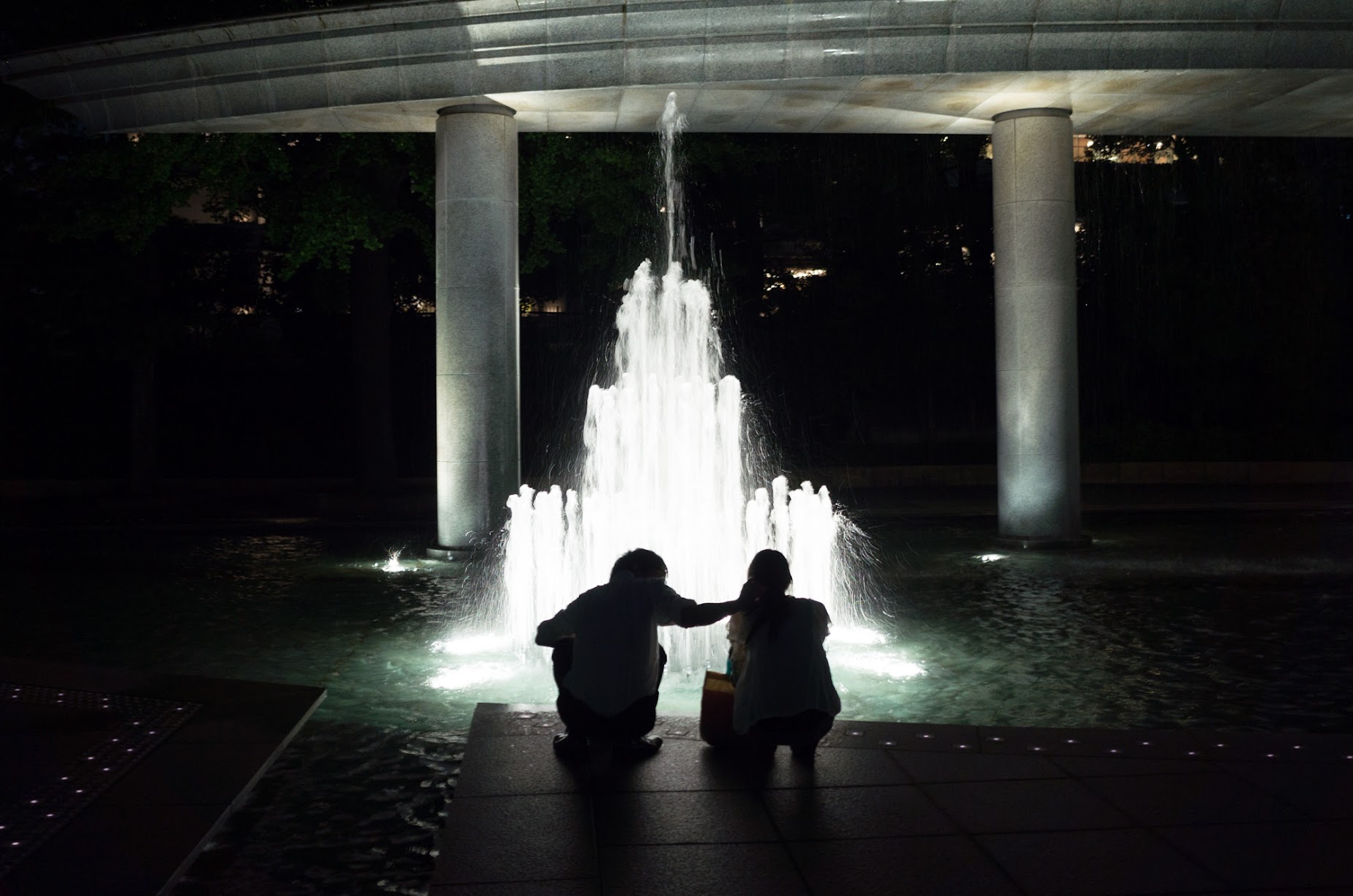 By the further familiar with the camera, in more situation I can figure out what I will get on my computer screen. Some creative shots can be done. 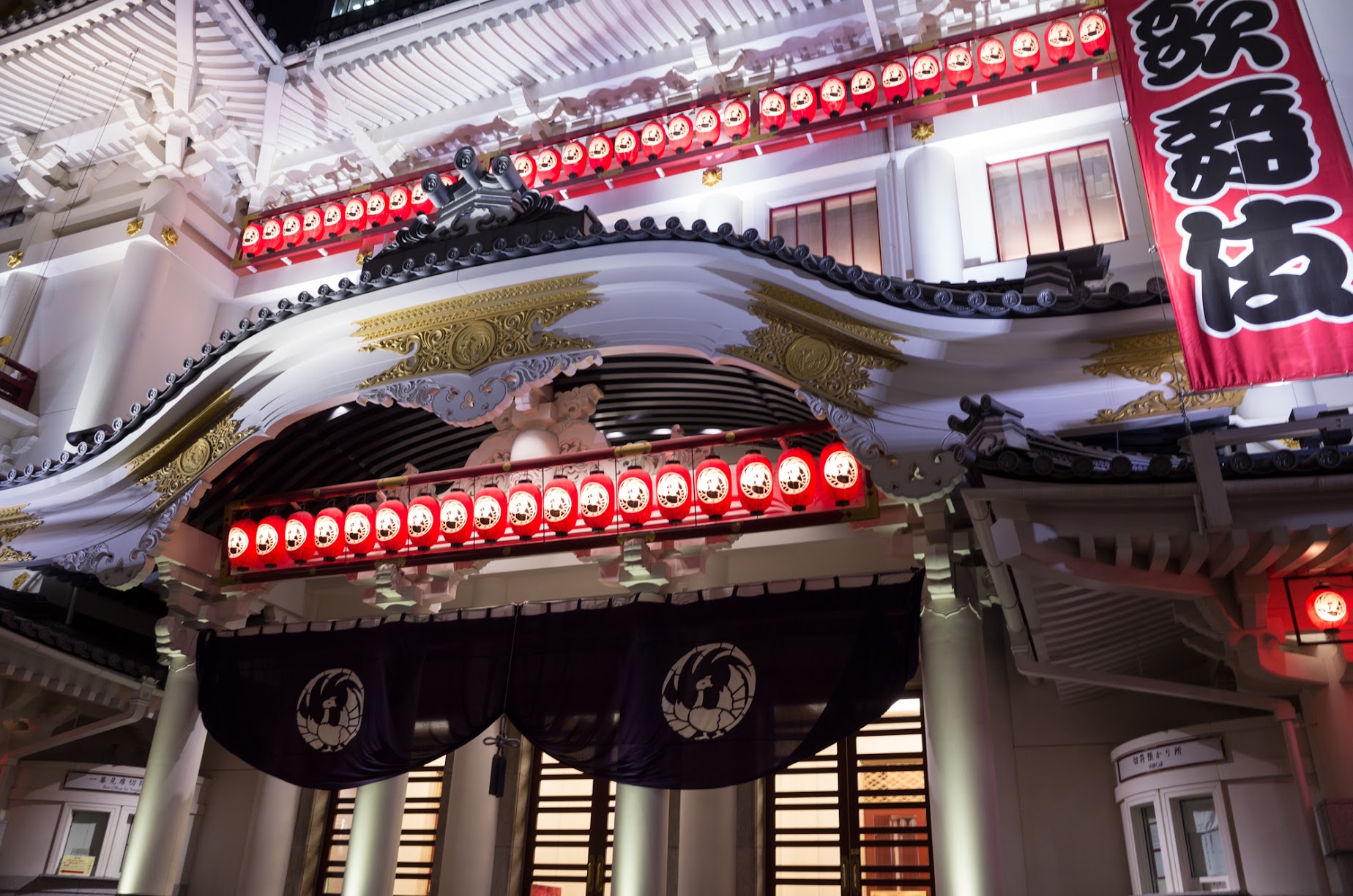 Big, Huge theater! Only saw this on a TV before, and found it this time. Too big to shoot a whole building and just a word: Magnificent!!! 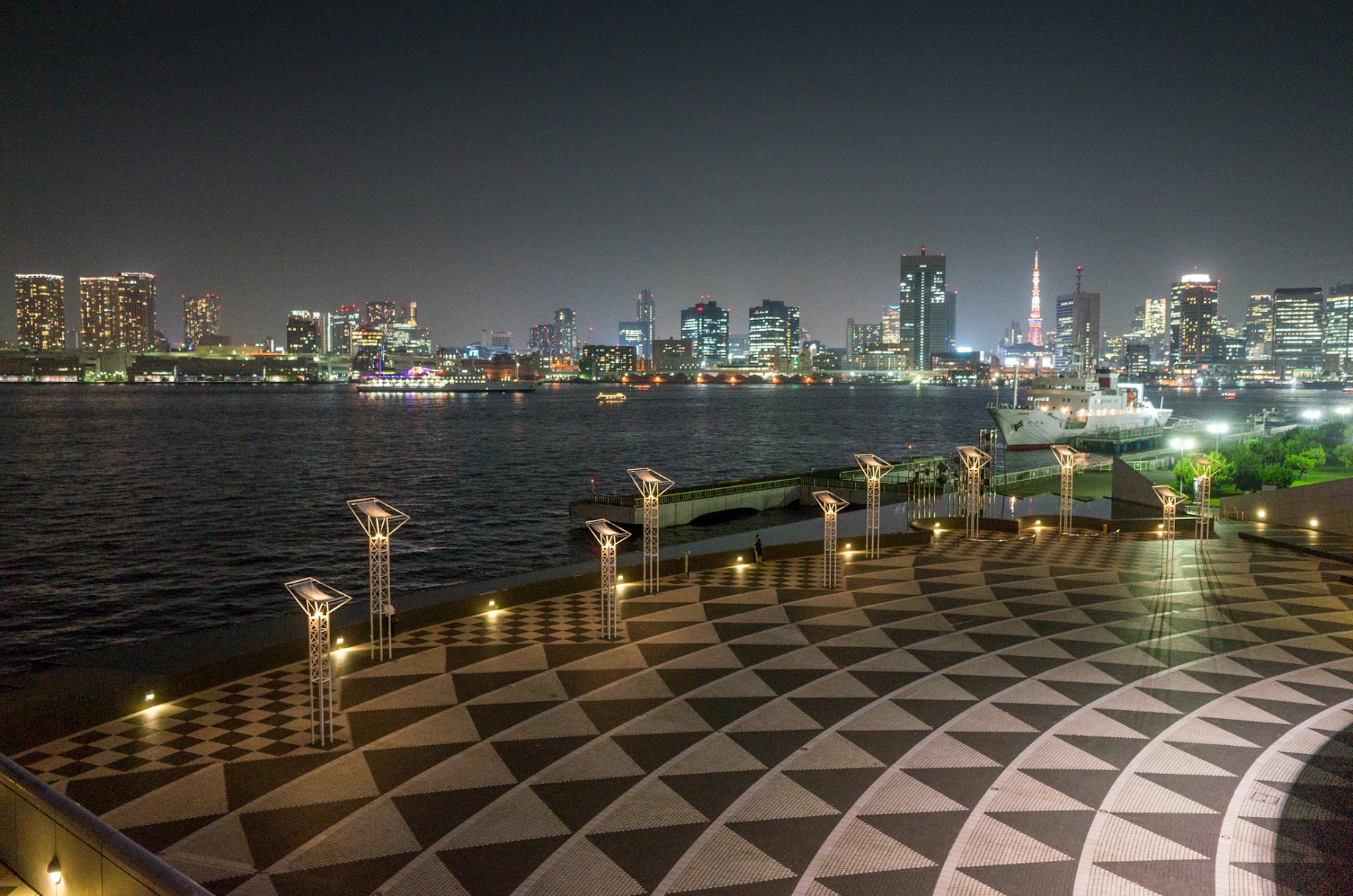 After 30 minutes’ riding from the University, reached the sea side. Here actually is a ship terminal, the sea wind blowed to face and I can smell the Tokyo City. 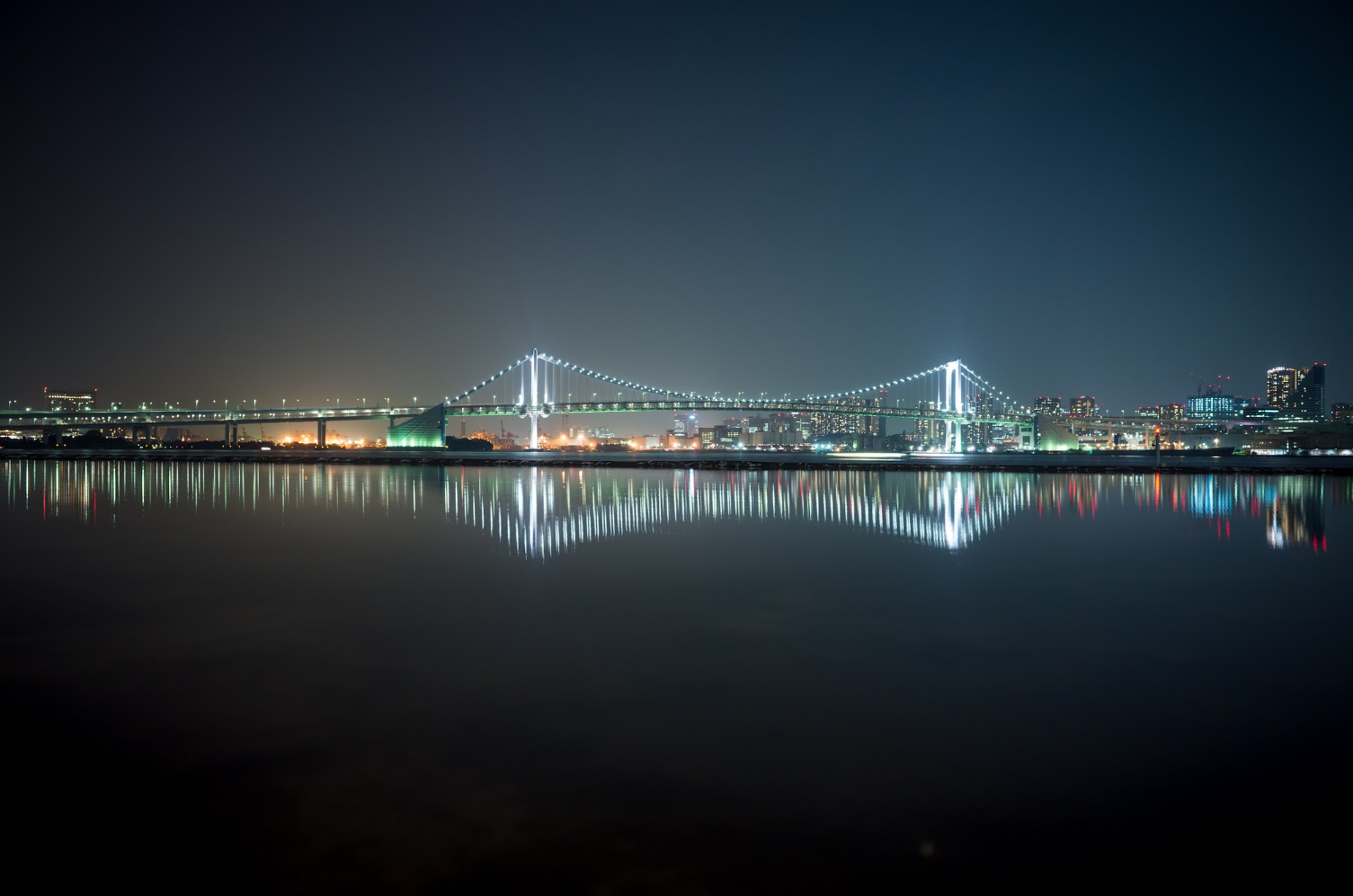 A lot of great spot for night shoot, but that day I didn’t carry a tripod. So finding the position to stand the camera was my business.  Here is the rainbow bridge on a pool. 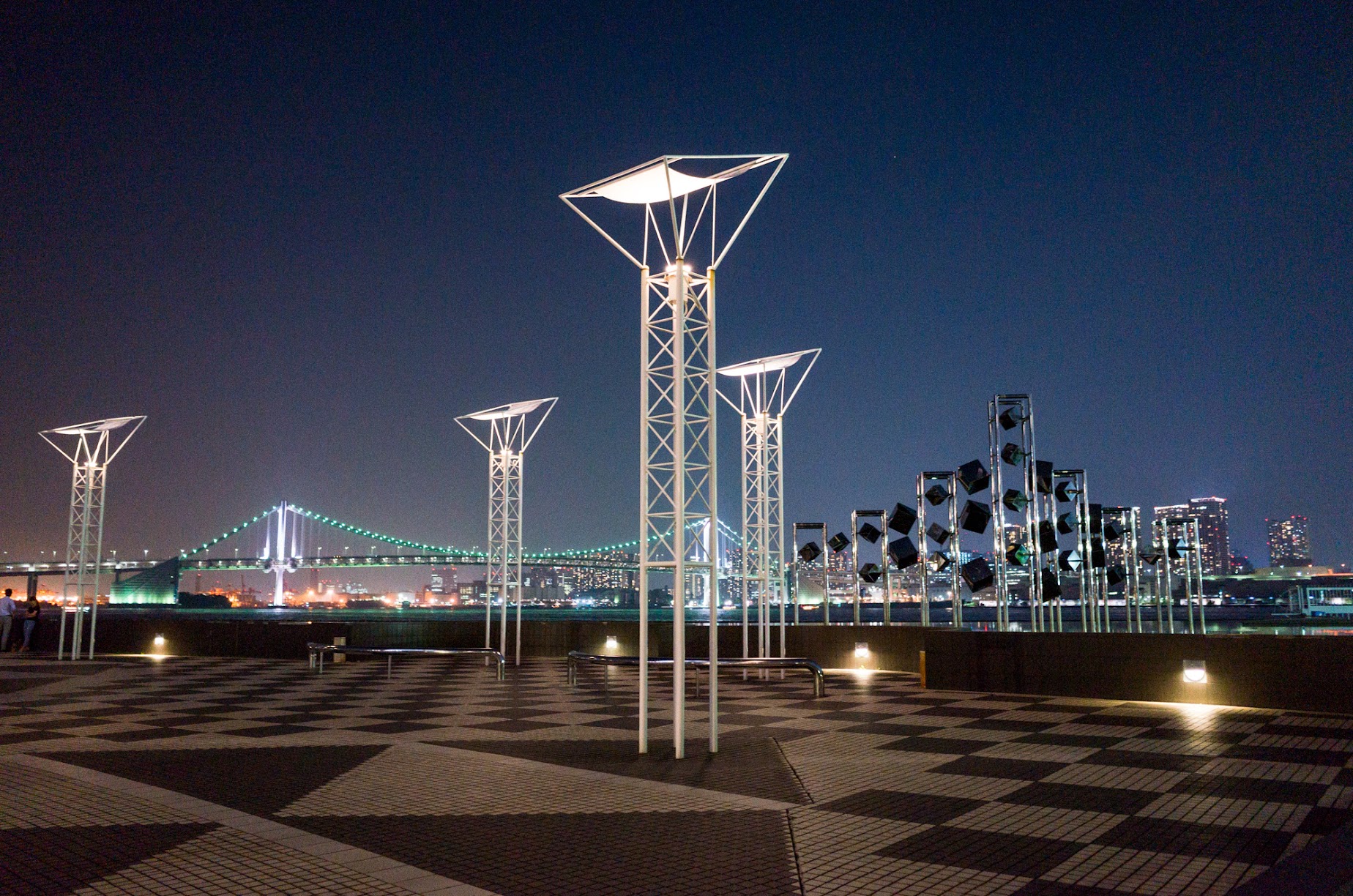 When nowhere to put the camera, just hand held and try several shoots. A famous spot can watch the rainbow bridge as well as a Landmark which can rotation by the wind. 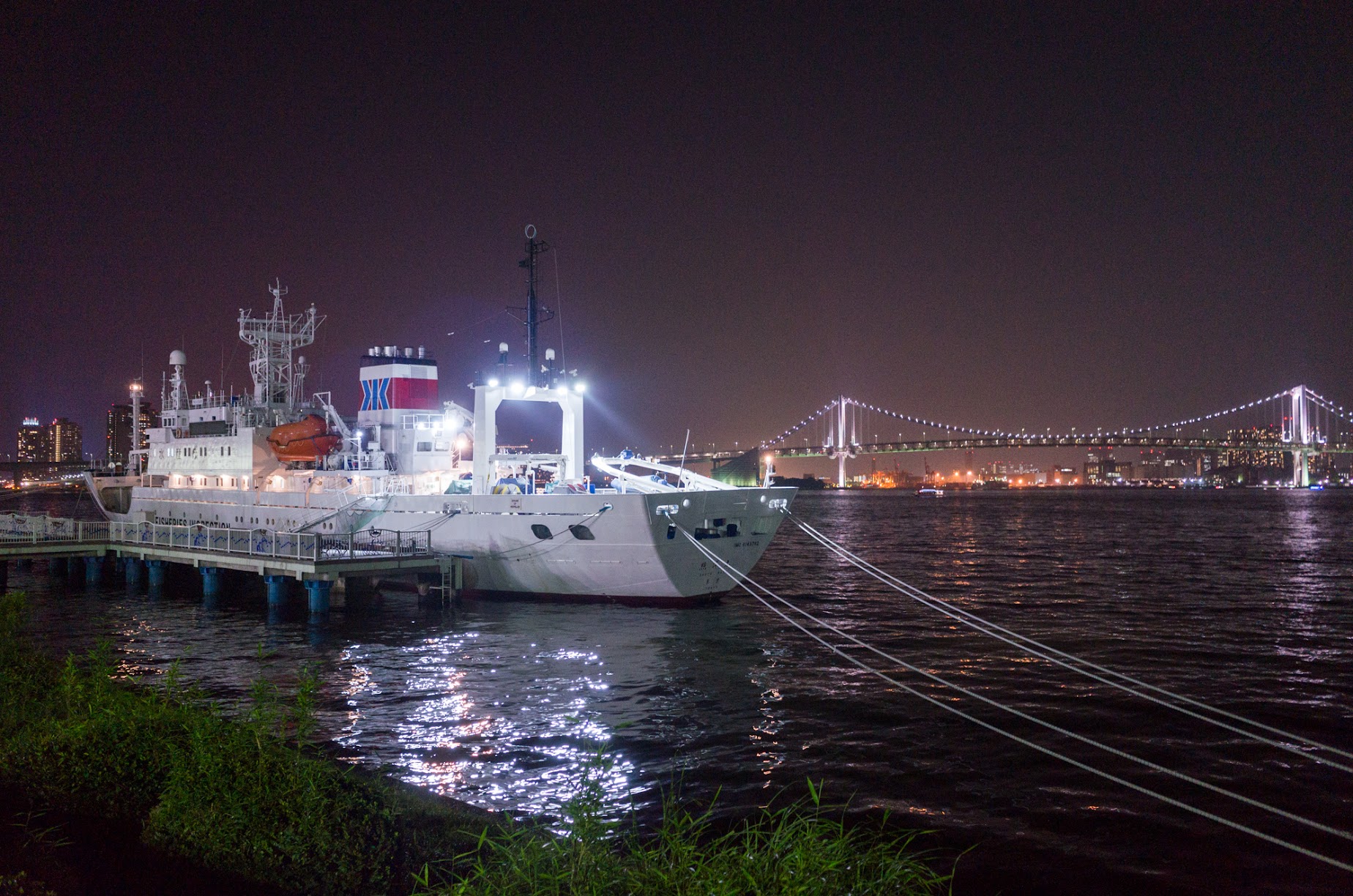 Since it is a harbor here, a ship, only one that day was stopped by. Shiny under the dark night.

These days a new message bag was brought to get comfort riding feeling, Timbuck2 2014 Classic. As a result, easy to carry the camera with me everyday. Happy for making the decision of brought the Ricoh GR, so enjoy it!