Since I began my part-time-job in Tokyo, some money could be free for buying some stuffs.

The camera system I own is M43, Micro Four-Thirds, which the body is Panasonic Lumix GH2, lenses are Pana Lumix 14-140mm f4-5.6, Olympus Zuiko 45mm f1.8. No critic about M43 system, it is well-performance curry-friendly and cheap.

But something in my heart want a different try for something new.

A lot of survey has been down by these days, Full-frame DSLR, SONY Alpha 7 series. Finally I found myself just can’t forget the hand-held feeling of the Ricoh GR, anyway 55,000jpy, I brought the second hand GR.

The reasons of choosing Ricoh GR is all about Ergonomic! For me, only taking some lifestyle photos, upload and share on the internet. So no extremely image quality is necessary .

However Ricoh GR is also improved the image quality a lot. Ricoh uses a APS-C size sensor and of course famous GR lens on it. Just check out some photos of test shots in this week. 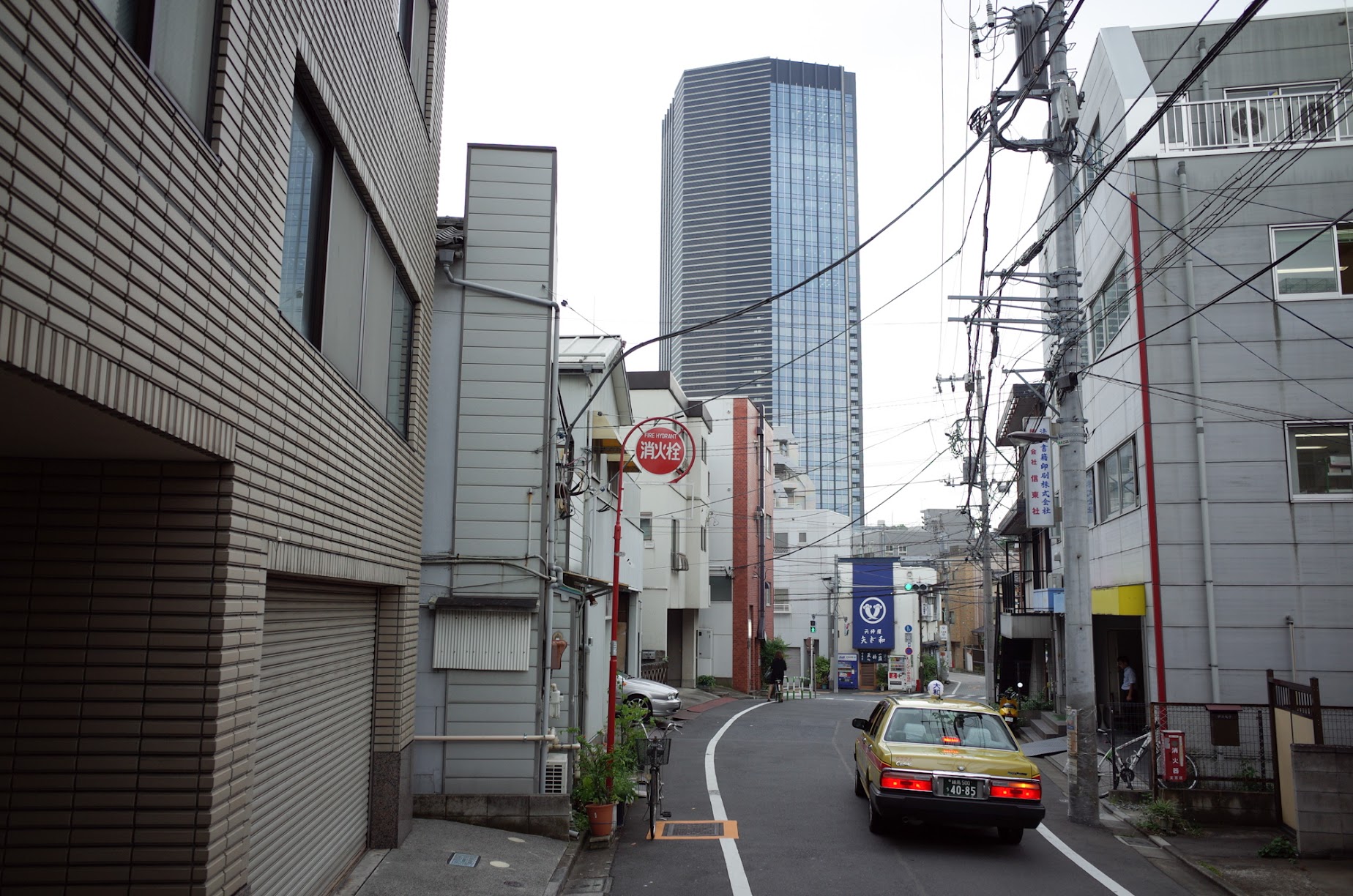 Street view of somewhere between my University and Suidobashi. Shows a nice texture of the buildings around. 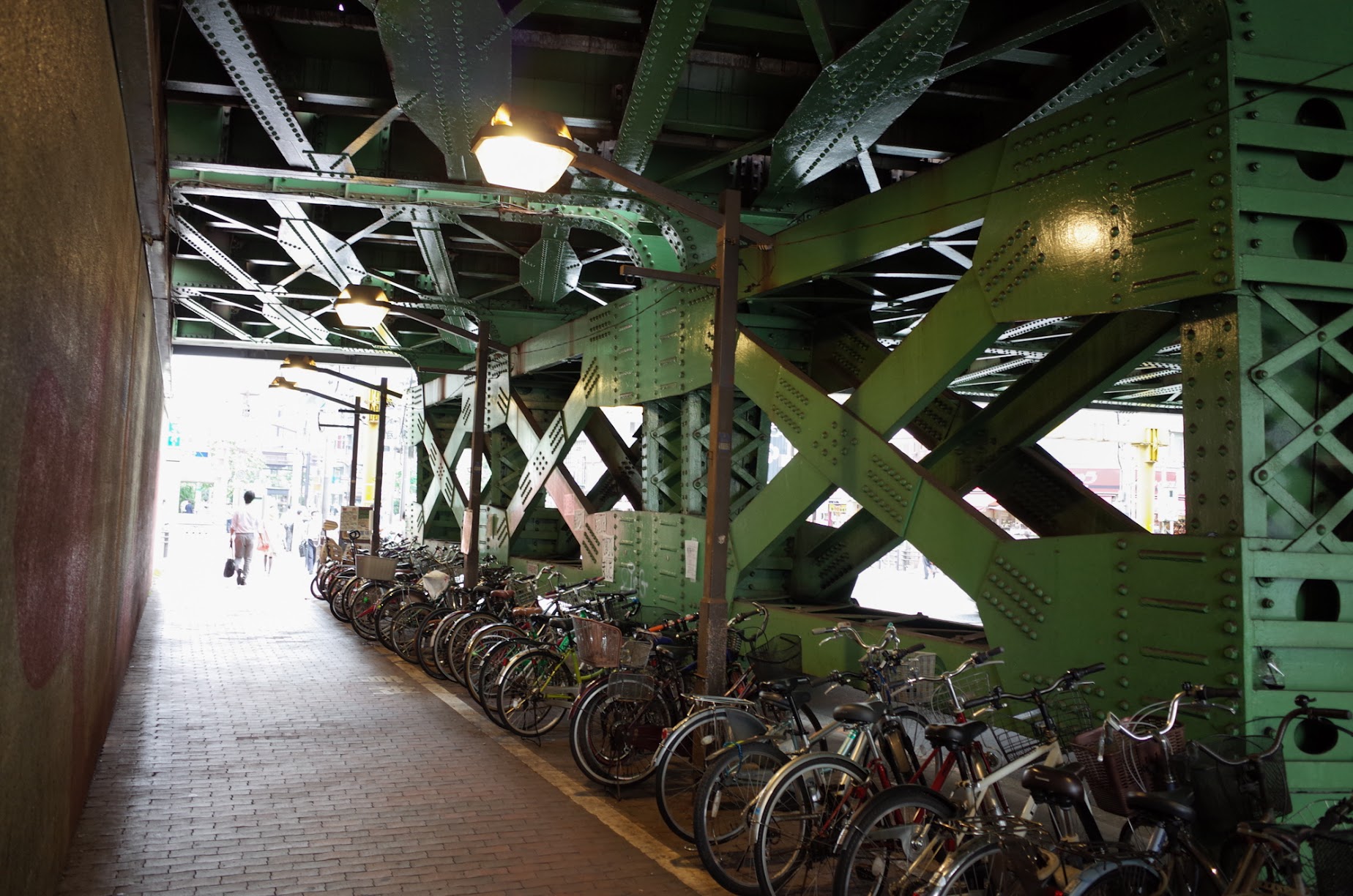 Since the first day of the GR test, no SD card with me, thanks to the inner storage of the camera, I can shot about 10 middle size Jpeg pics into it. So all the Pics just Jpeg and this one in the tunnel shows a just ok performance of the Dynamic Range.

No Depth of Field performance is expected in this small body, but obviously GR just didn’t let me down. The APS-C size sensor along with the f2.8 wide open lens can have some DOF. 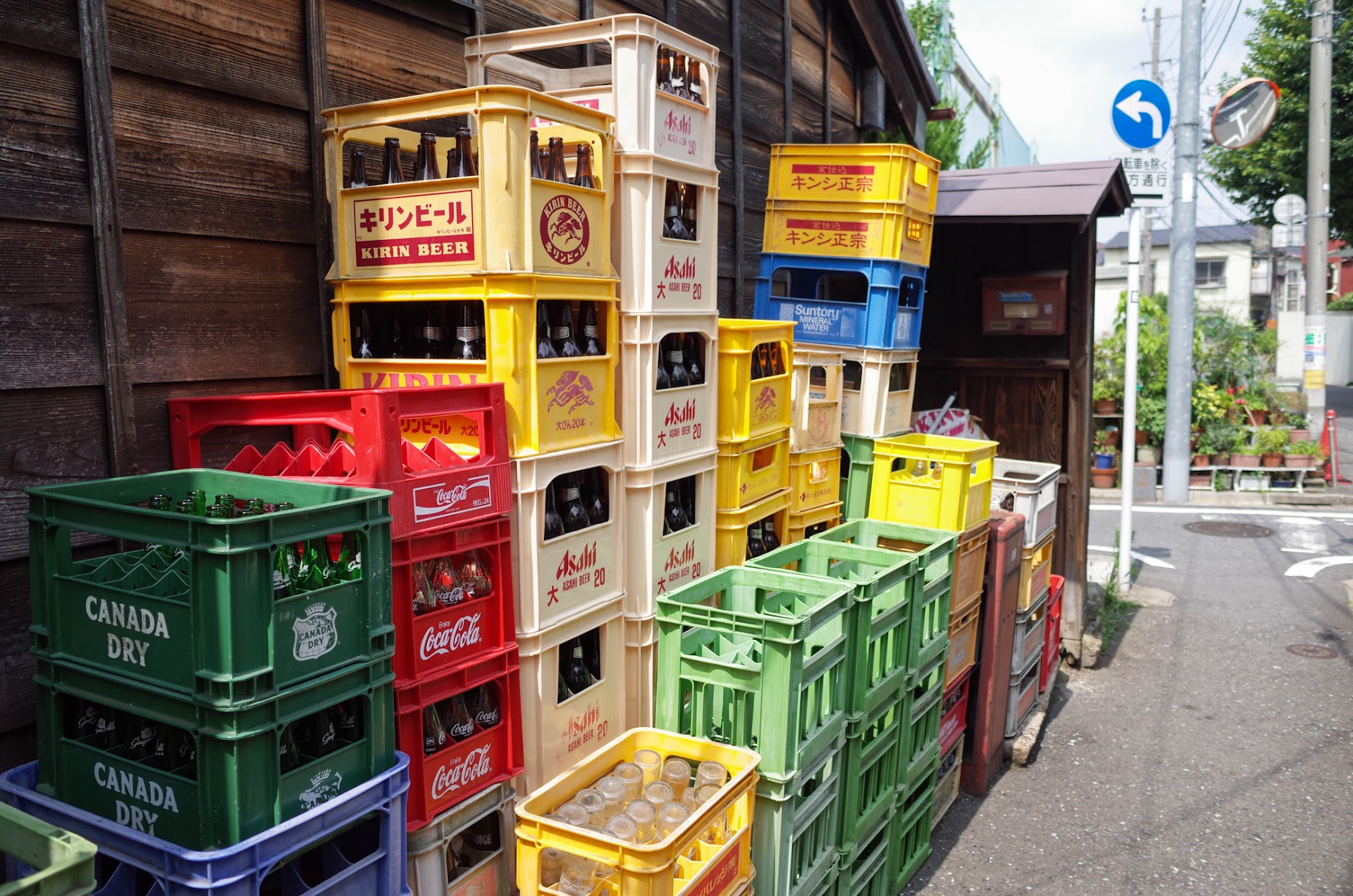 Some review sites say that Ricoh GR has some problem with the RAW files’ color. These days I shotted Jpeg and RAW mix, haven’t done a scientific side by side yet, but for sure I think that using the Adobe Lightroom for RAW to DNG post making is just on big issue. 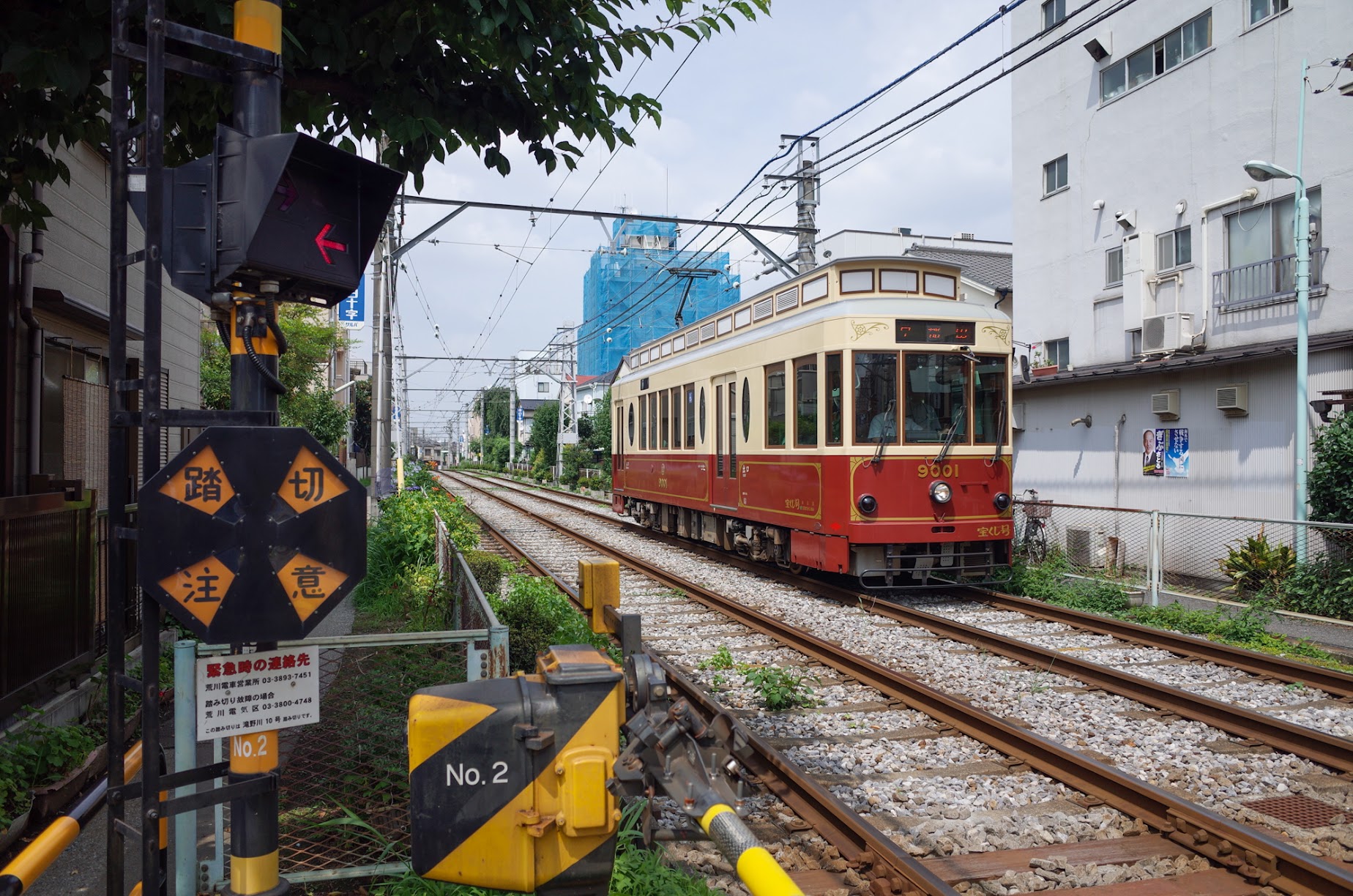 A lot photos of Toden Arakawa Train was taken these days, just Loving it! 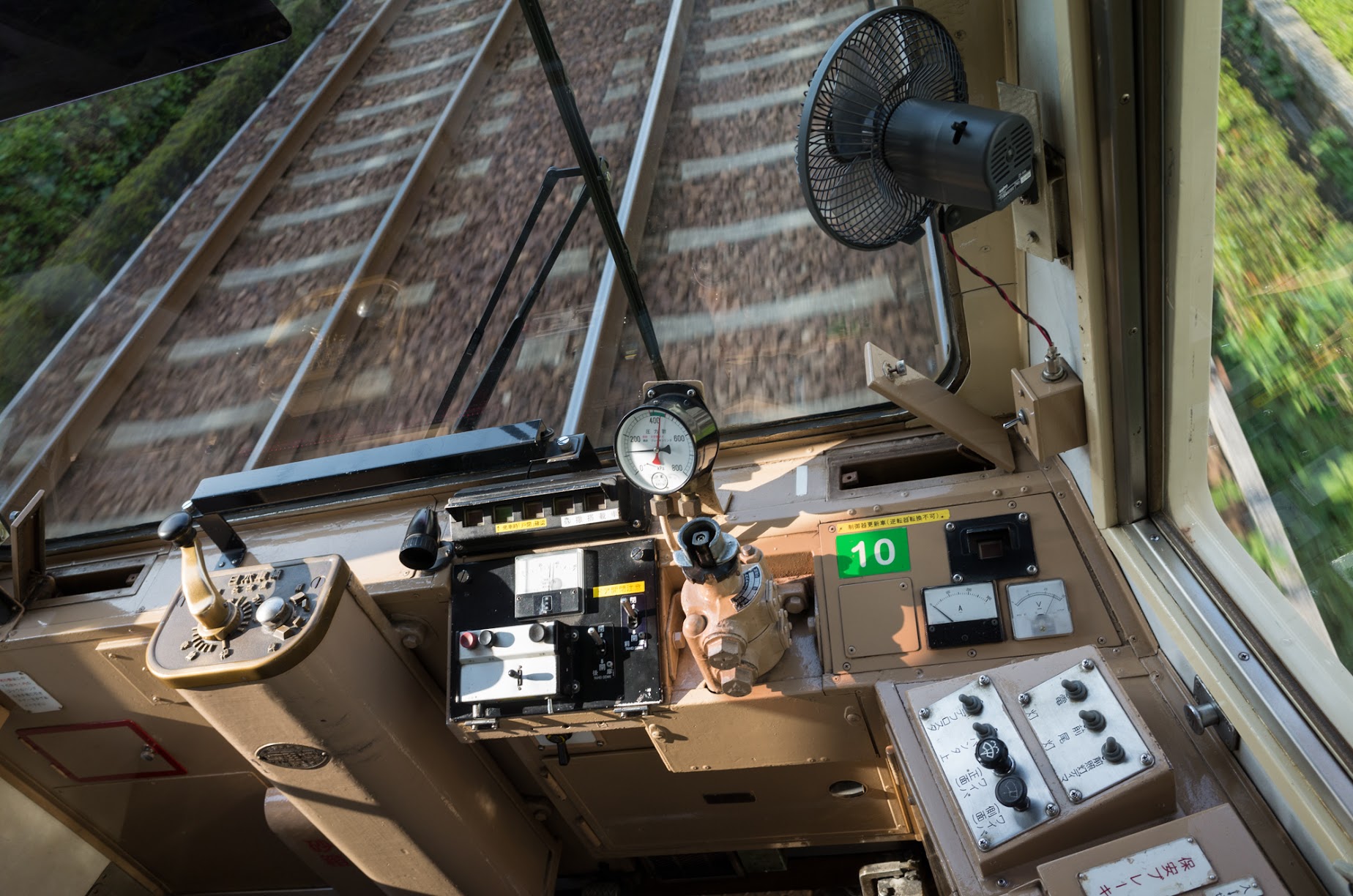 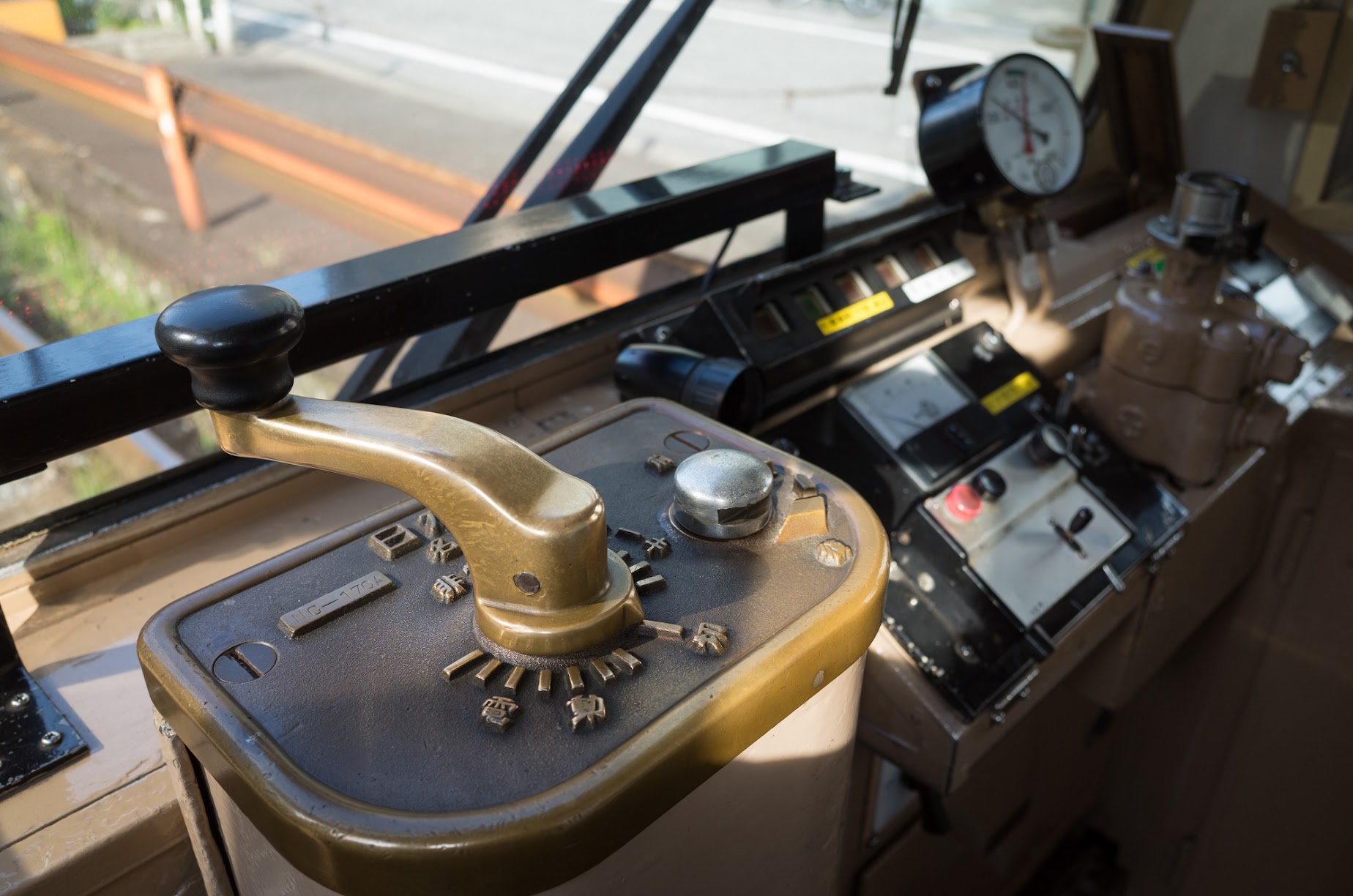 The back side of the train’s running direction is a free driving deck, so easy to get close and shot some metal texture text Pics. 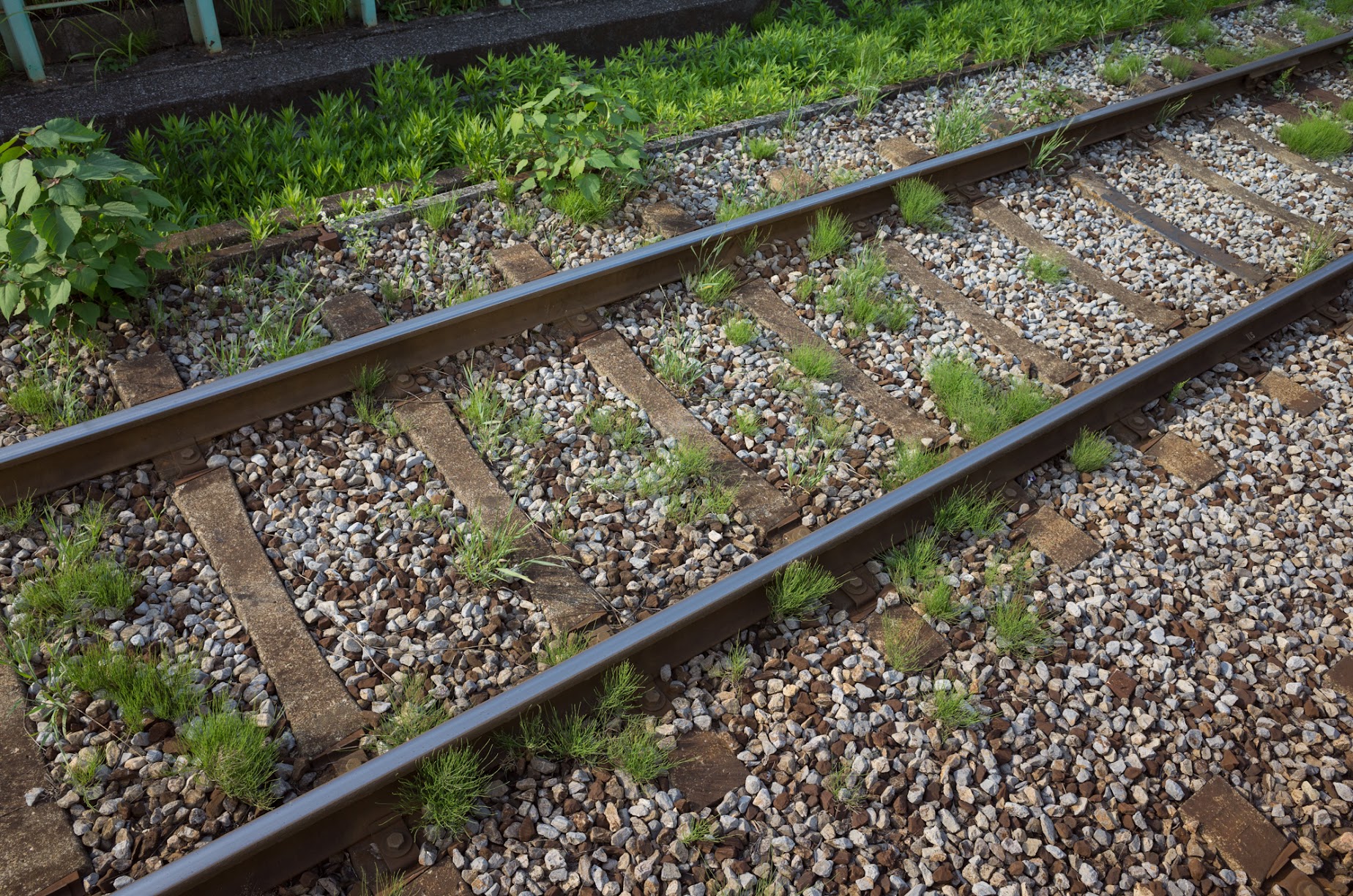 I must say I love this performance of new GR. Look at the gravels, grass and the metal rails, the middle-shadow tone is just fantastic. 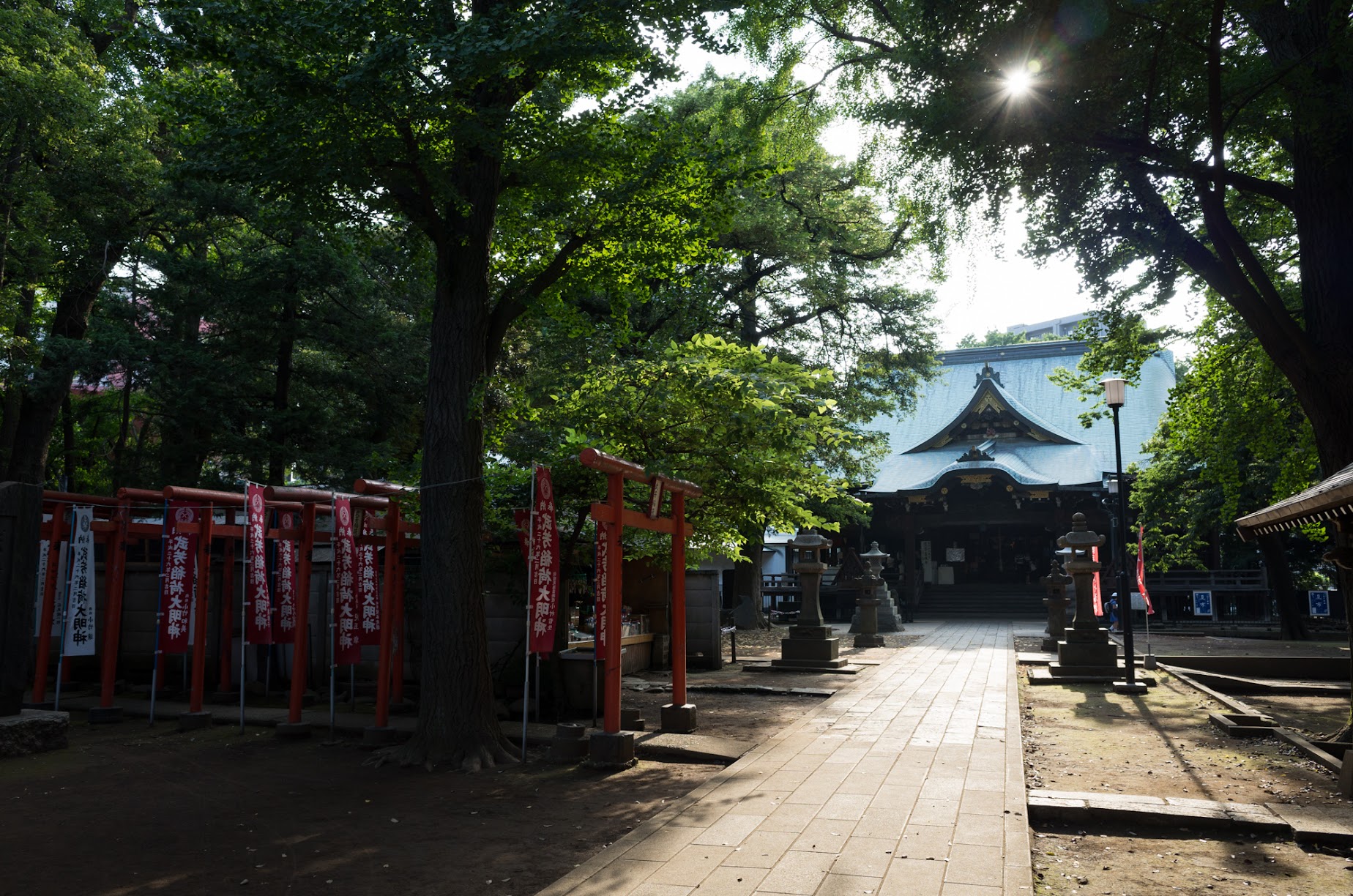 No contrast has lost shooting against the sun, a lot of information is in the shadow area. 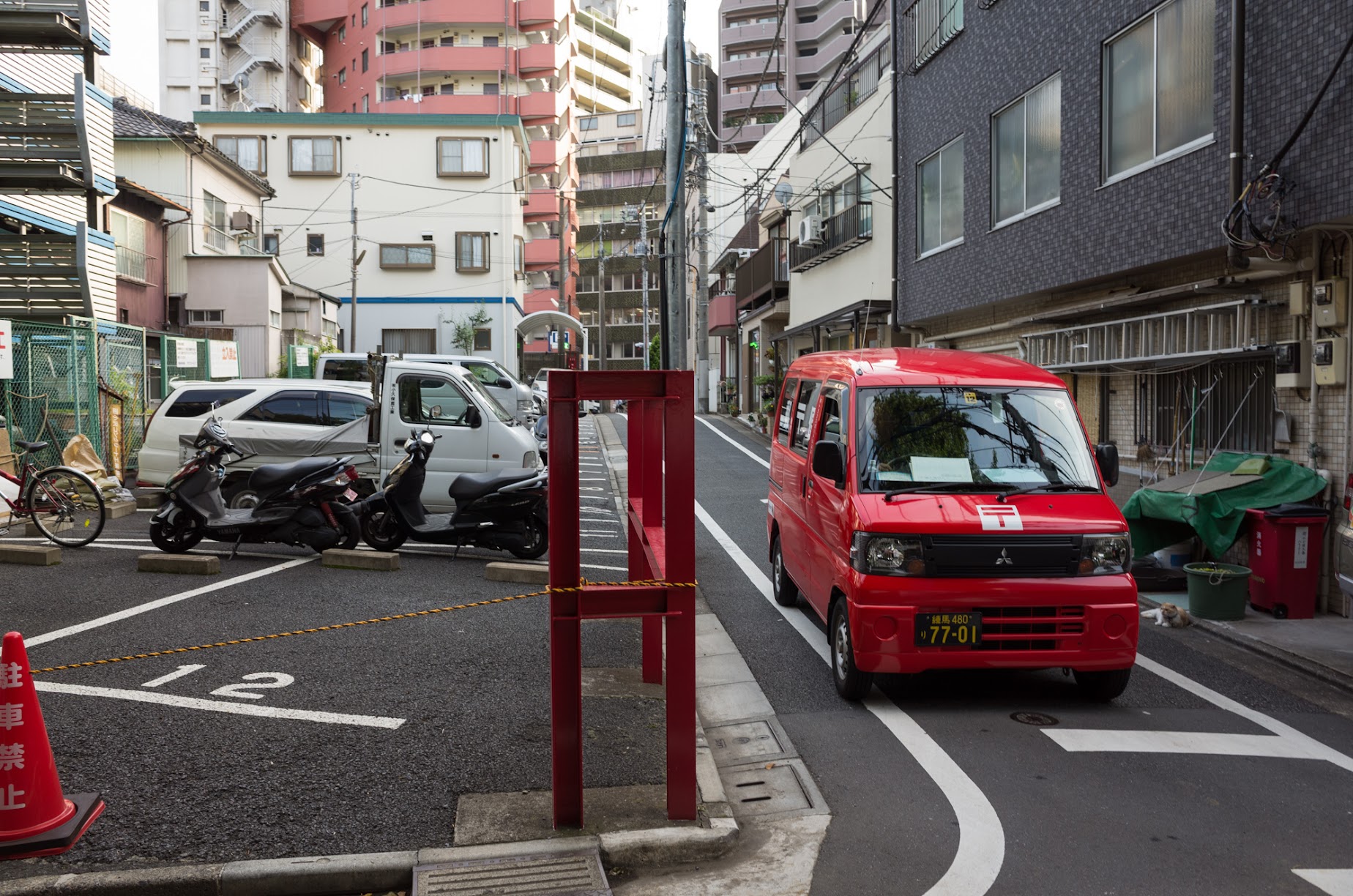 RAW file can show a stable tone of the pure Red color. 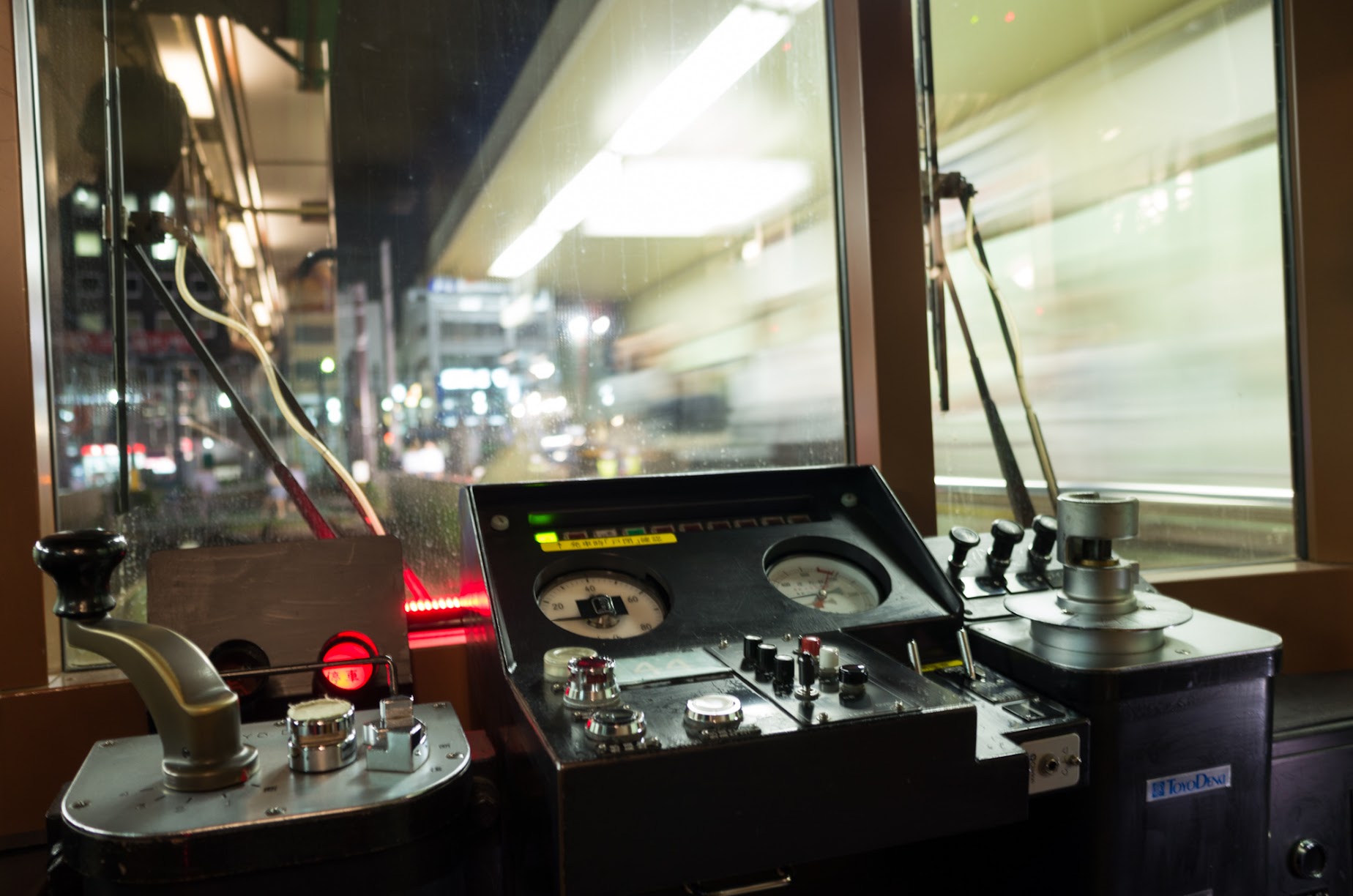 A real big problem of shooting the GR is I was already used to use Anti-handshake cameras. Olympus cameras has a top performanced 5-axis-stabilized in body system, Panasonic lenses got a in lens Optical Image Stabilization system. But in GR, NOTHING!

A few shoots even way faster than the safe shutter speed which is about 1/30s also got shaked detail. I had to held the camera with both hands to get stable and it just not the right usage of a pocket size camera.

As a result it is just not a free mind to shoot camera, each shoot must be carefully considered.

Finally, a ISO 3200 photo in RAW, not bad noise performance, just a little better than ISO 1600 of M43 system maybe. Another interesting thing is a TAv model in this camera, which you can manually control the Aperture and Shutter speed, and let the camera to choose a right exposure ISO. So nice to shoot Av or M at daytime and this TAv at low light.

More test and shoot is expected.