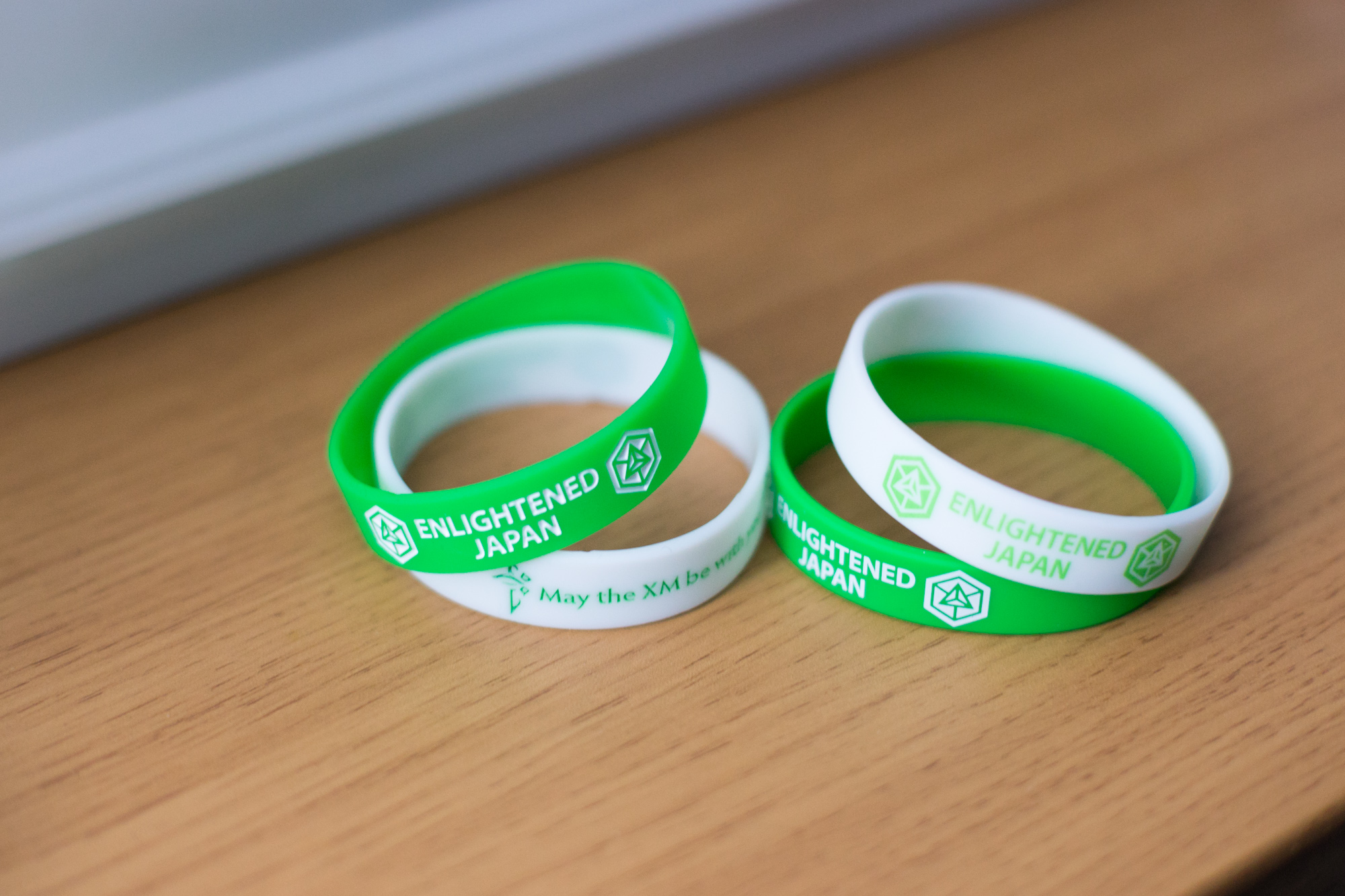 I received a pair of wristbands of Enlightened Japan Agent Momon Gasan (Ingress Agent ID: Momongadget), on 2014 Dec 12th. After 4 months’ wearing of the wristbands, I was lucky to get a pair of Mark II wristbands. 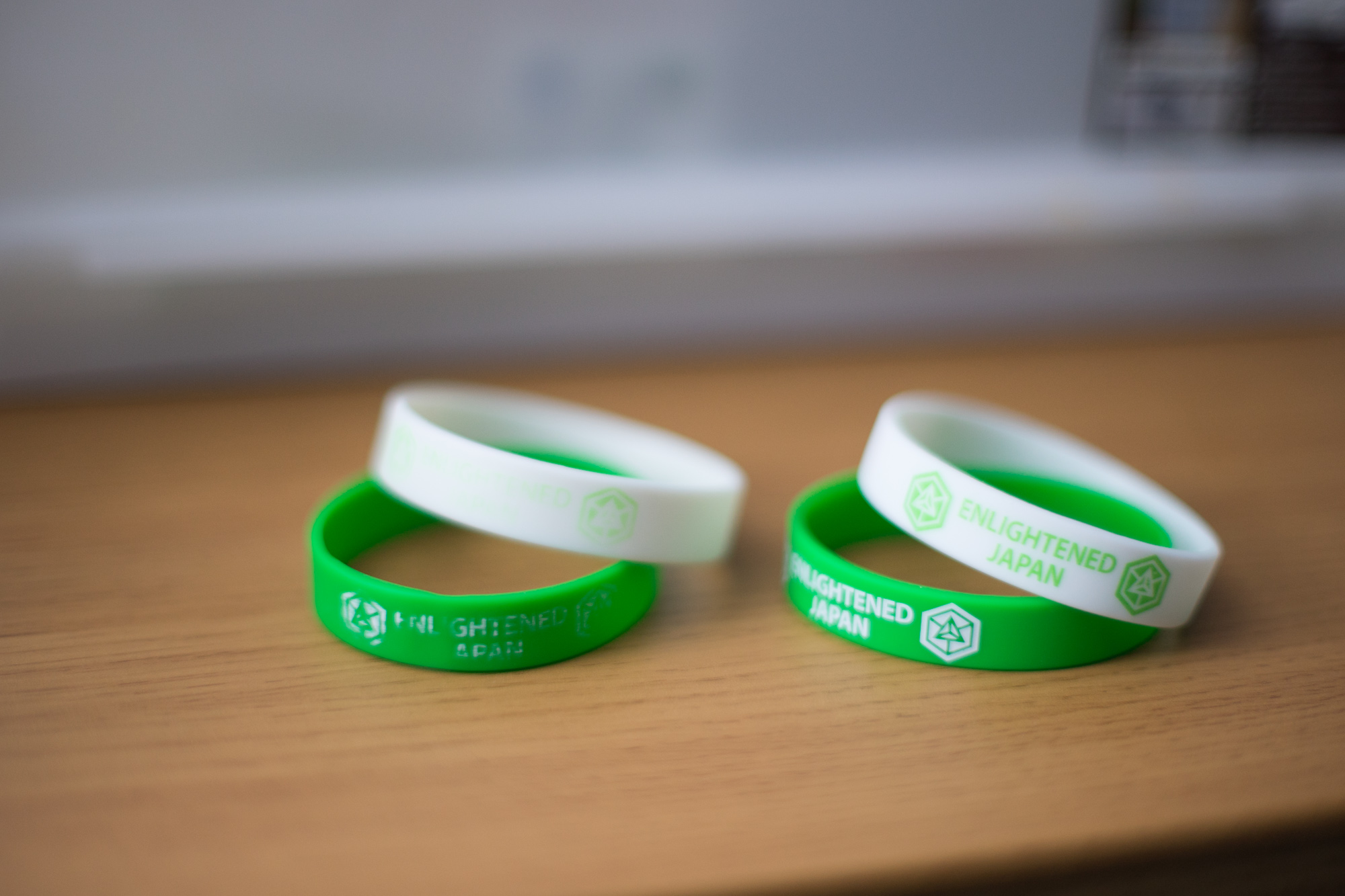 Before I change into new addition of the wristbands, let me do a review first. I have weared the wristbands everyday from December 12th, and 24 hours 7 days a week. So it suffered friction, water, sweat, shampoo and everything onto my hands. In fact, after 4 months, It still looks pretty cool. 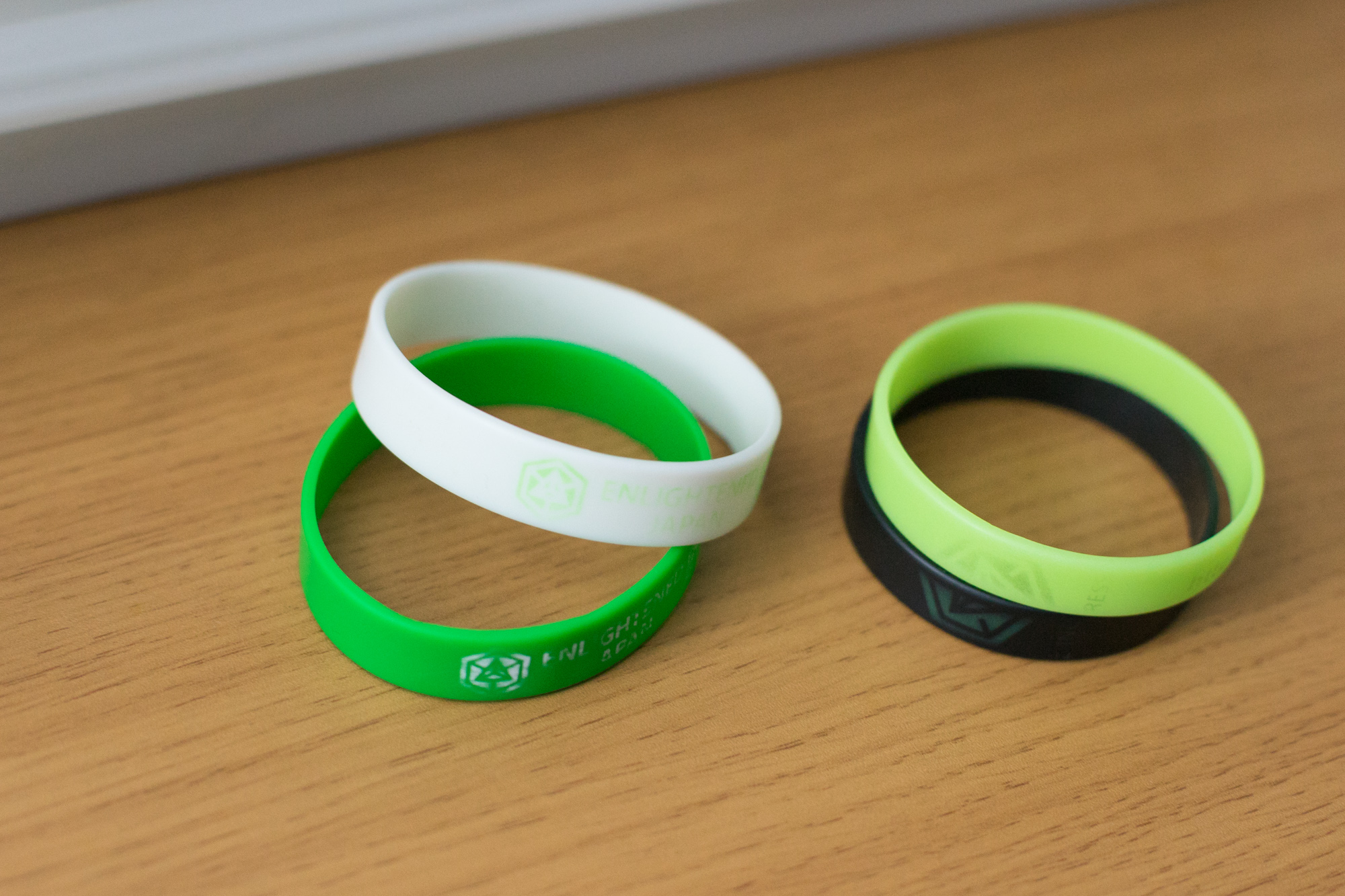 On the Darsana day 2014 Dec 23th, I also got a pair of Enlightened Hong Kong wristbands(Green and Black). Also the pair I have wear onto my left wrist since Darsana, while Enlightened Japan version on right wrist. 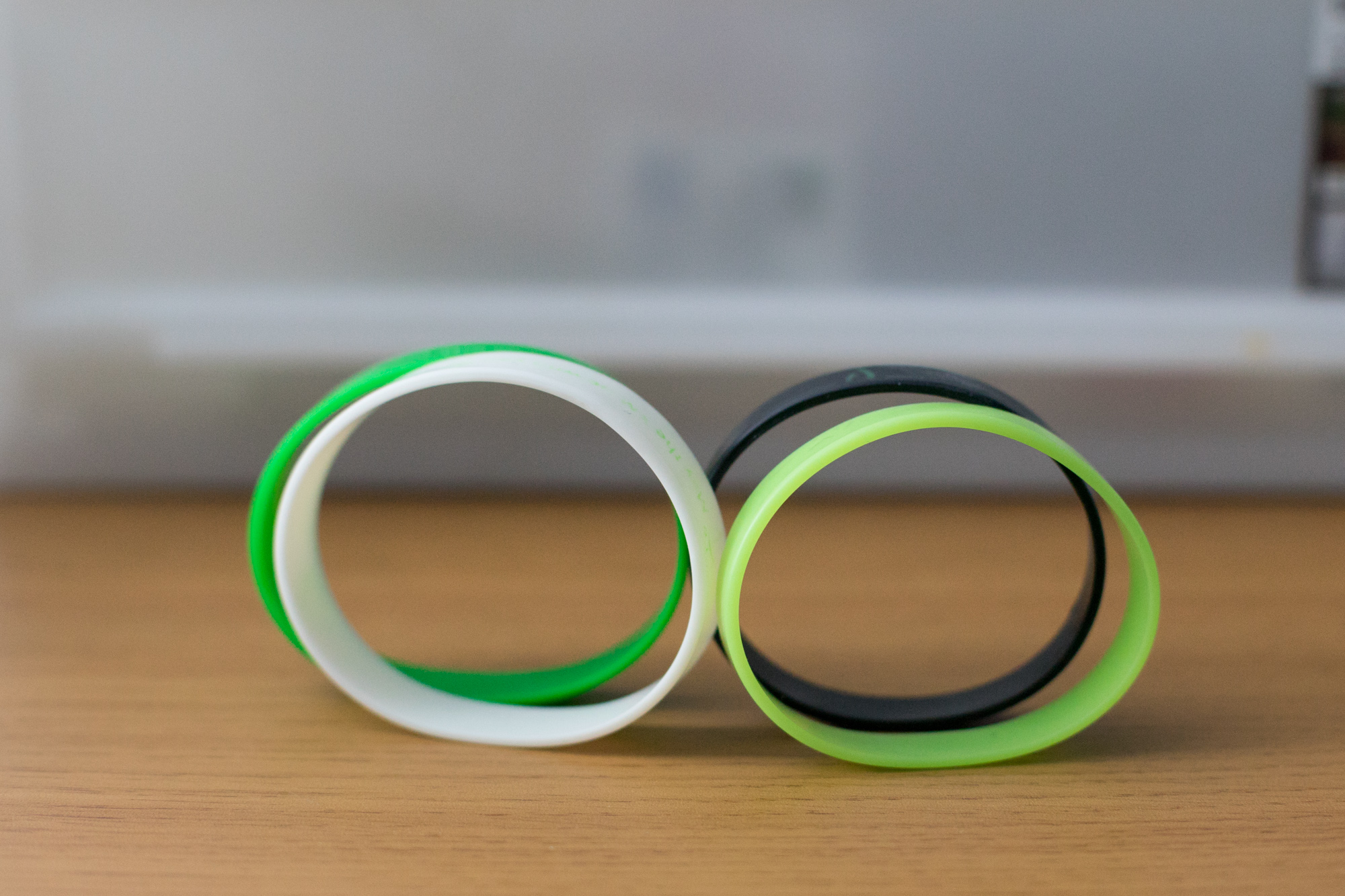 The Hong Kong edition is more tight and fits me better. If there is a point I want the Enlightened Japan version to improve, it will be the tightness. Please make it more TIGHT! 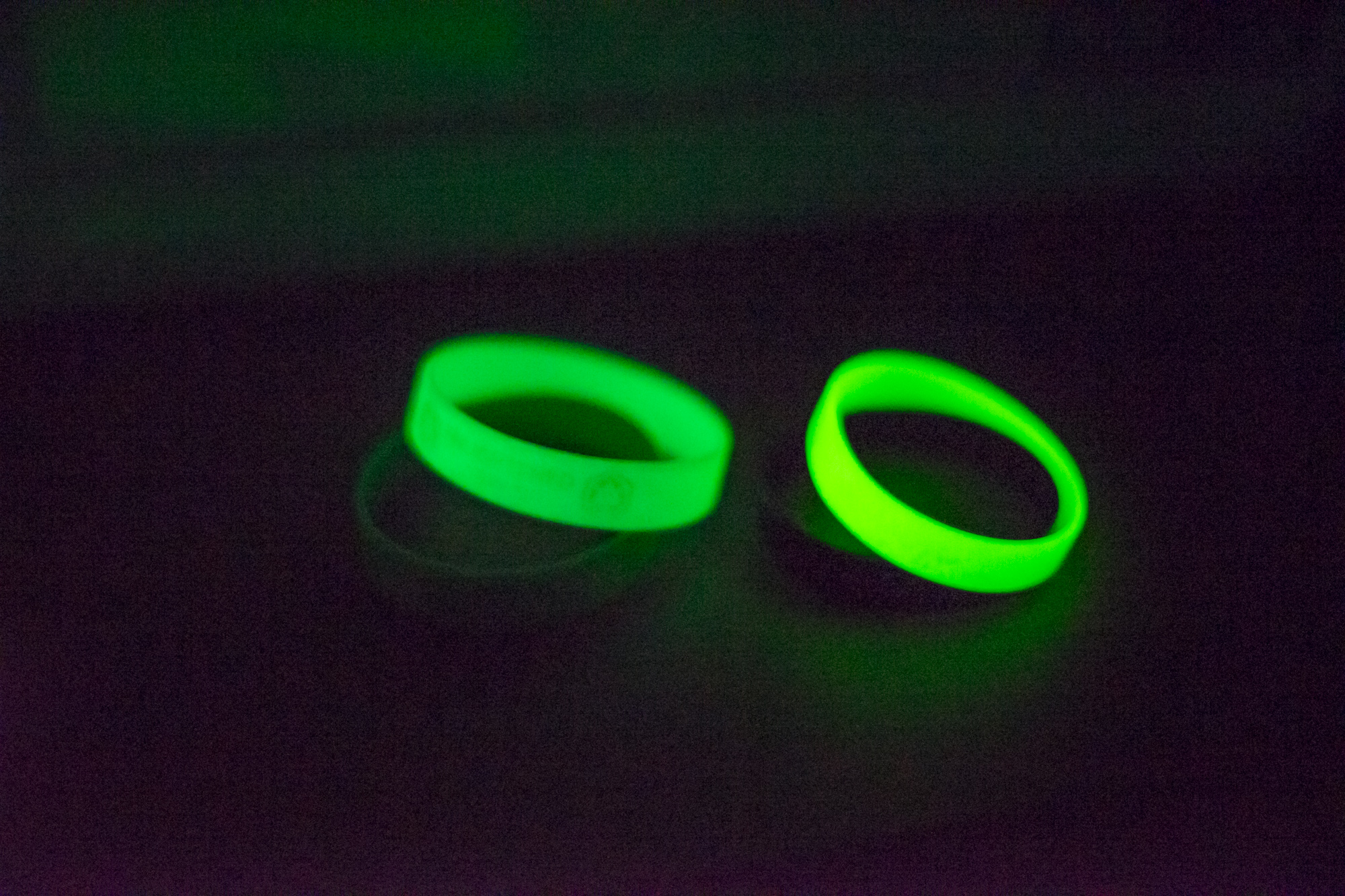 The Enlightened Japan Mark II wristband has a nice dimensional modeling,  the pattern just got a depth into the band with the same tightness of the original wristband. I will wear it since Today, let’s see what amaze me.