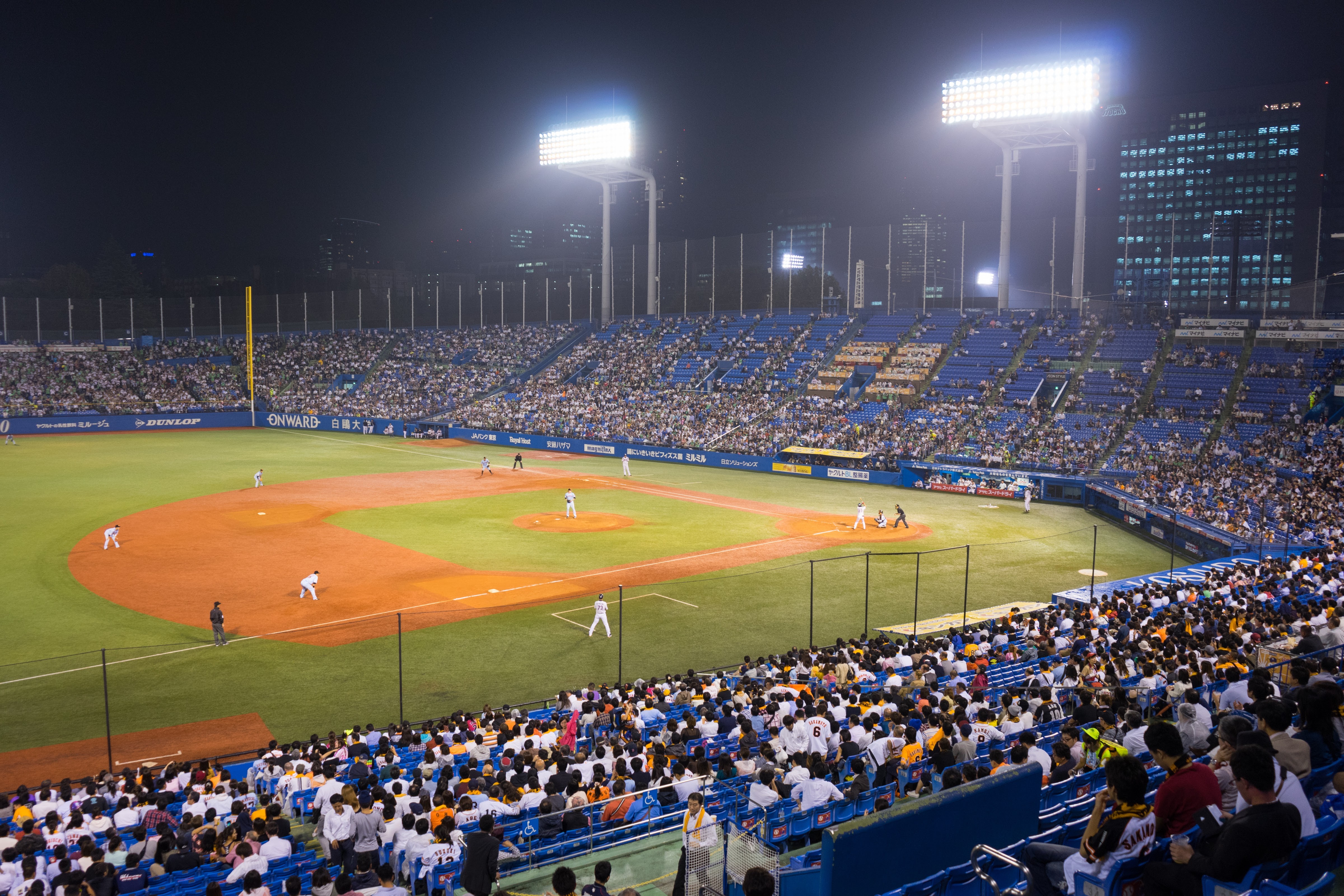 Thanks to a group of baseball fans in my laboratory, I was invited to watch a baseball match between Tokyo Yakult Swallows and Yomiuri Giants (Tokyo). Yes, it was a derby Game! My first baseball experience as well. 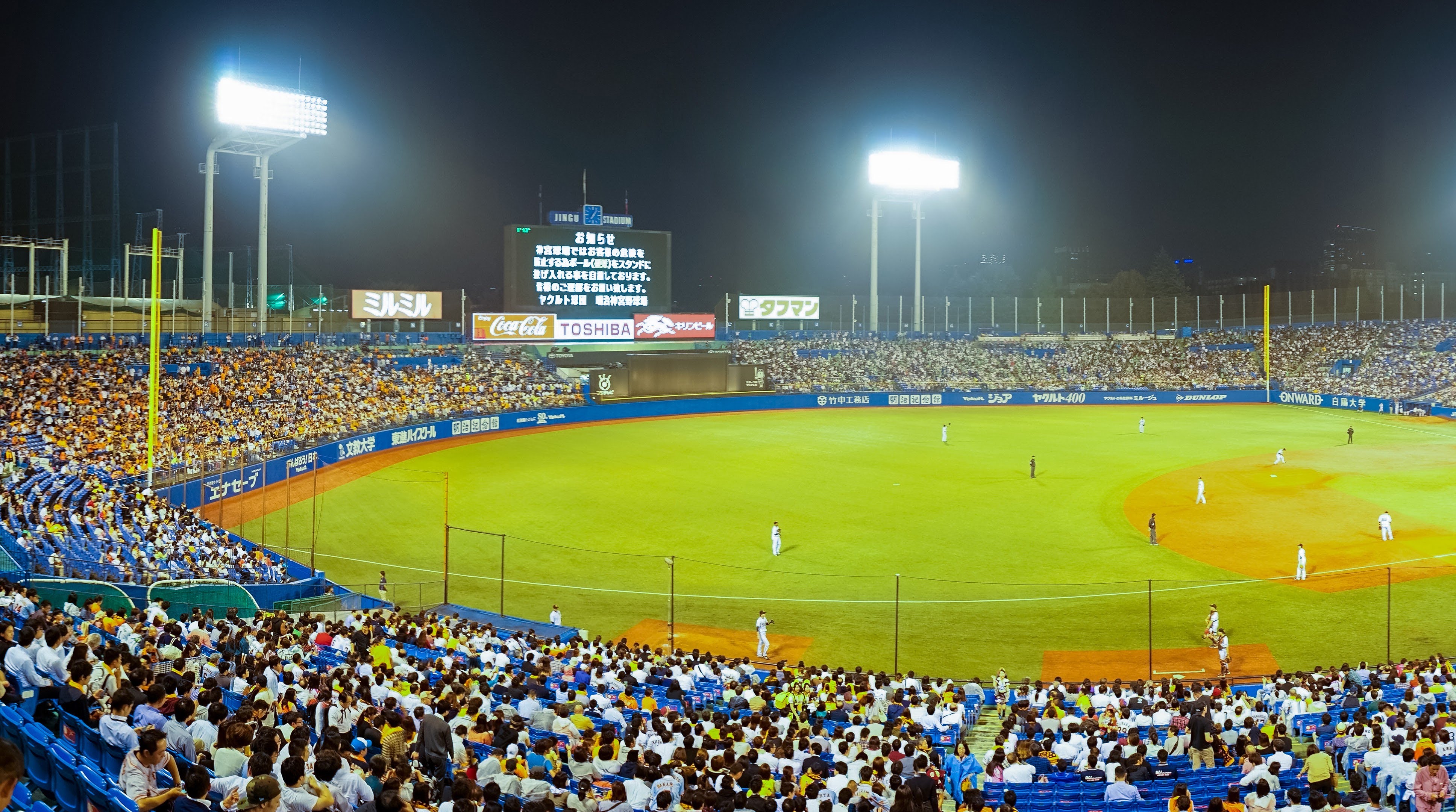 The Meiji jingu stadium is quite big, not huge but big enough to make the fantastic environment. 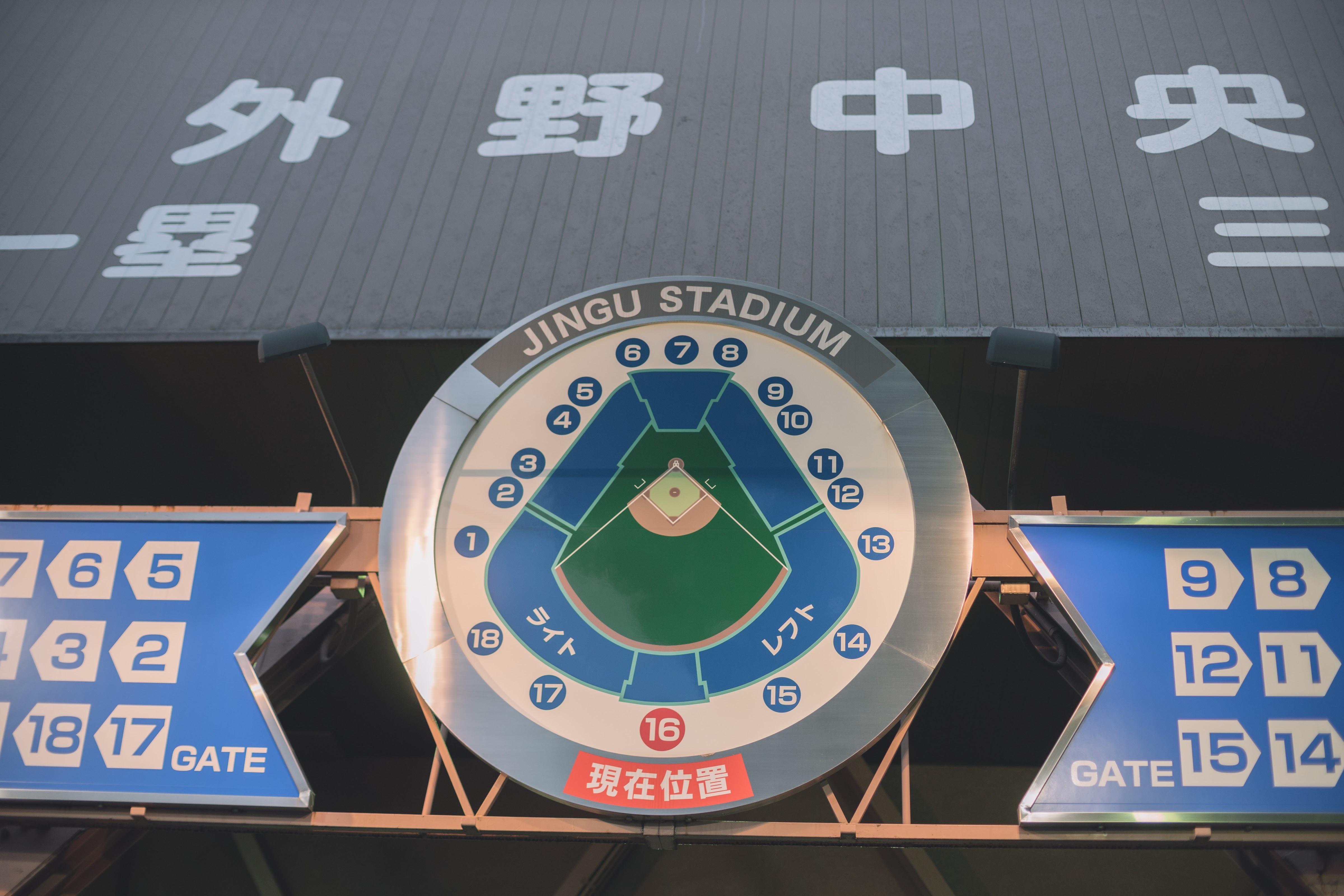 Some information for newbies like me. The stadium is literally separate into left right two sides. The right side, base one side, is for home team and fans. Obviously, the opposite side is for away team. In this game’s case, my lab group is standing by the away team, Yomiuri Giants. 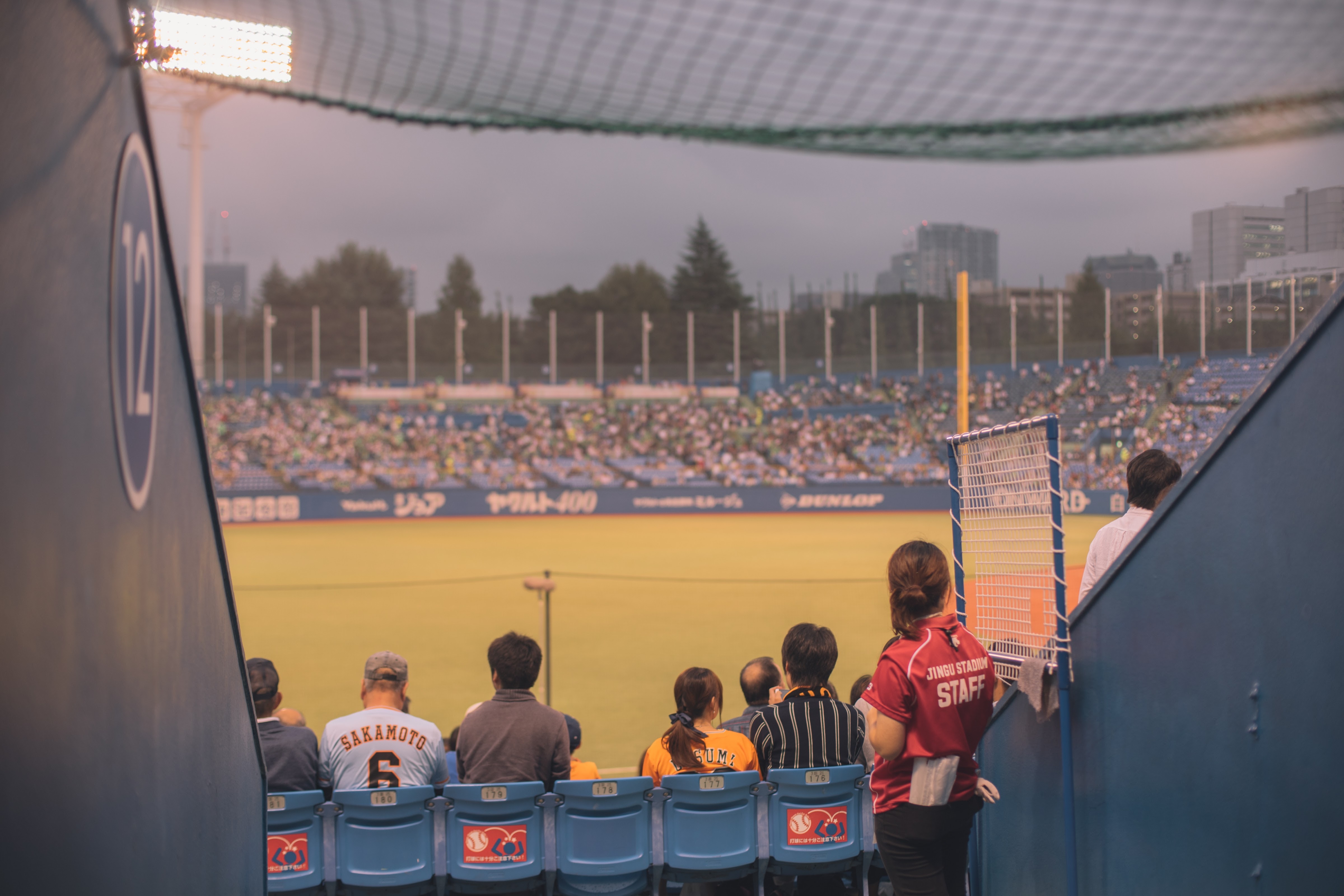 No security check or food drinking limit inside the stadium, just checked the ticket and go! 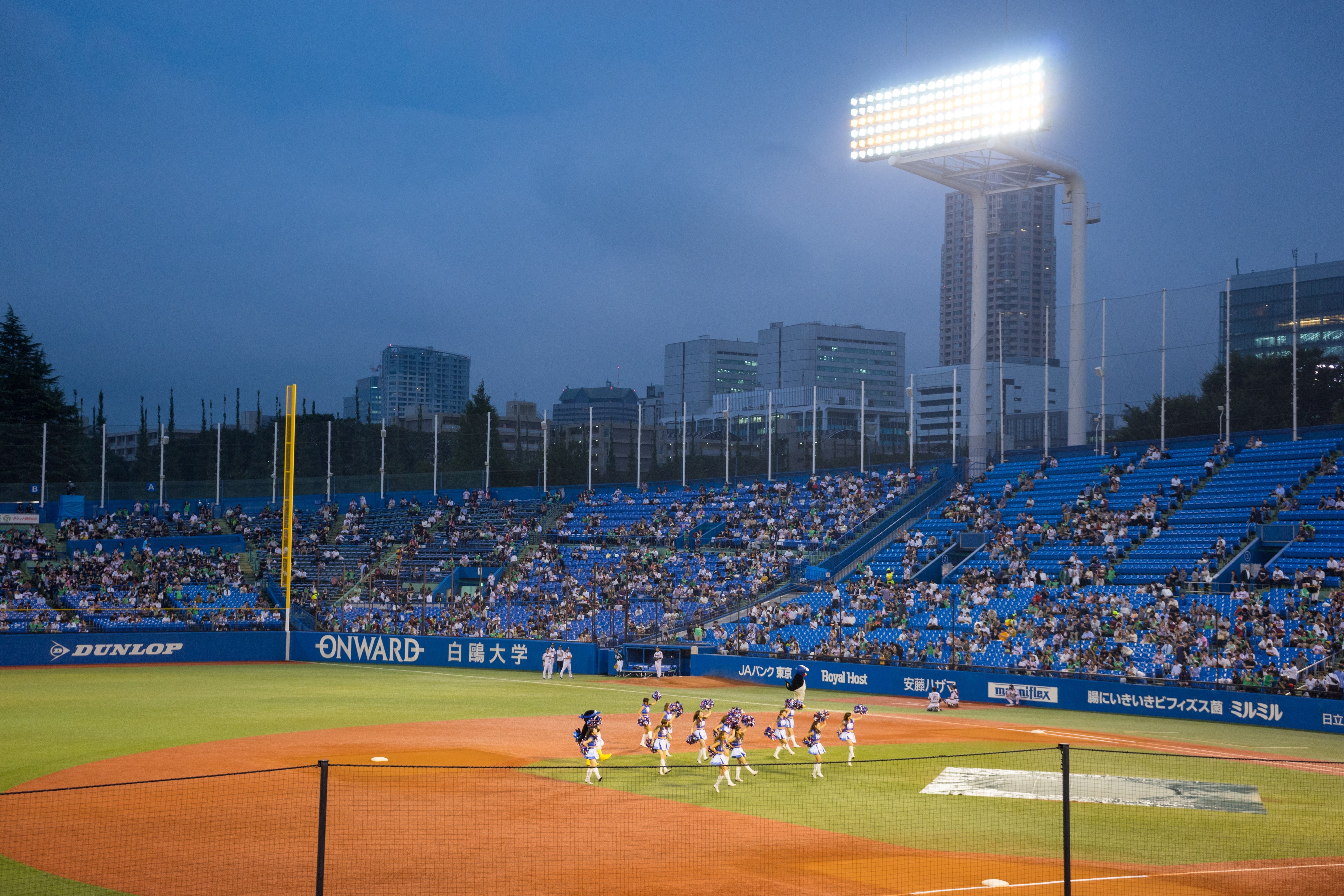 A cheerleaders performance is during the rest time, the attendance rate was not so high, about 40% in my opinion. 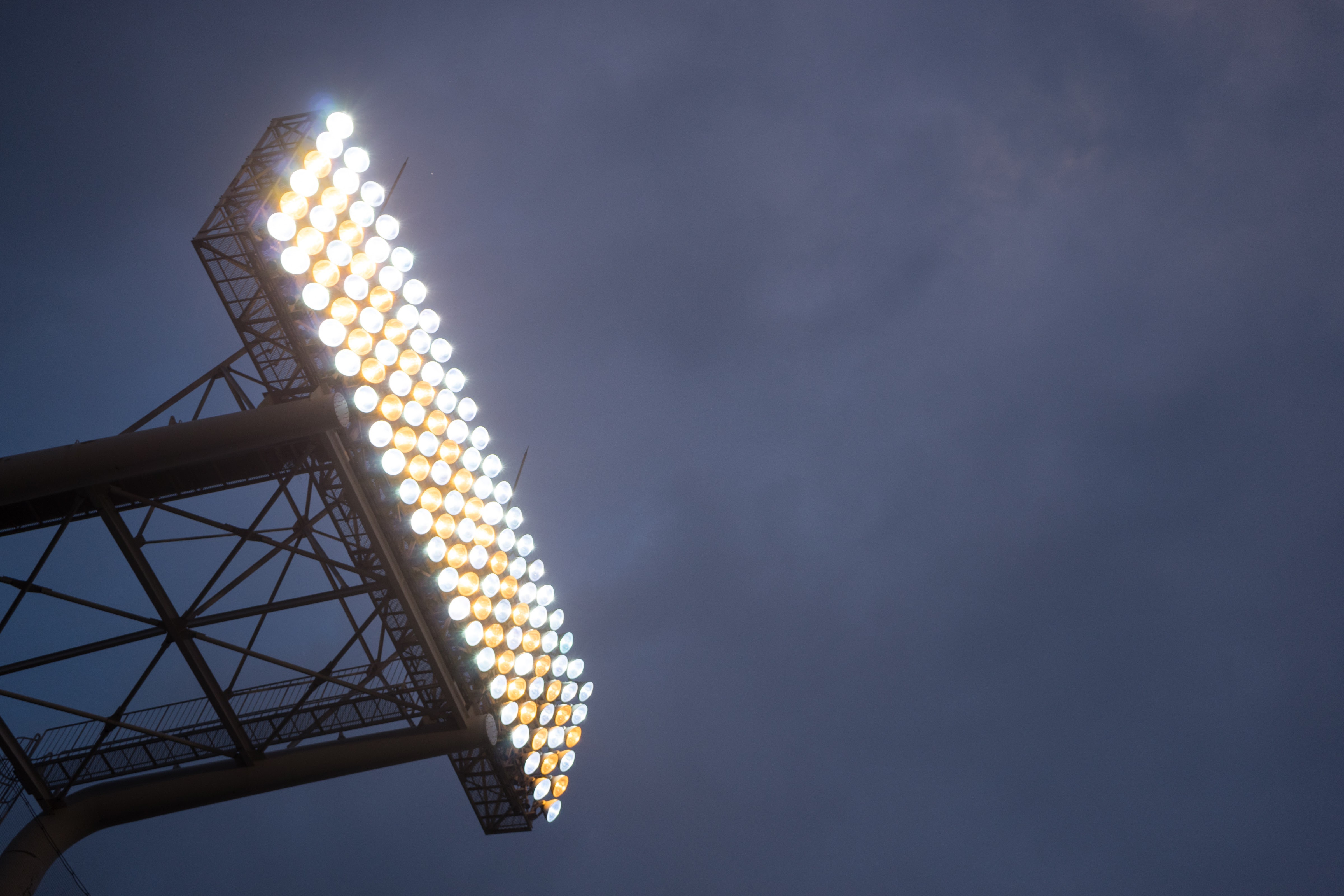 The illumination of the stadium was a little wired, the rate of cold light and warm light is 4:2, overall the color temperature was around 3300K. My camera had a struggle to deal with the strange whitebalance. 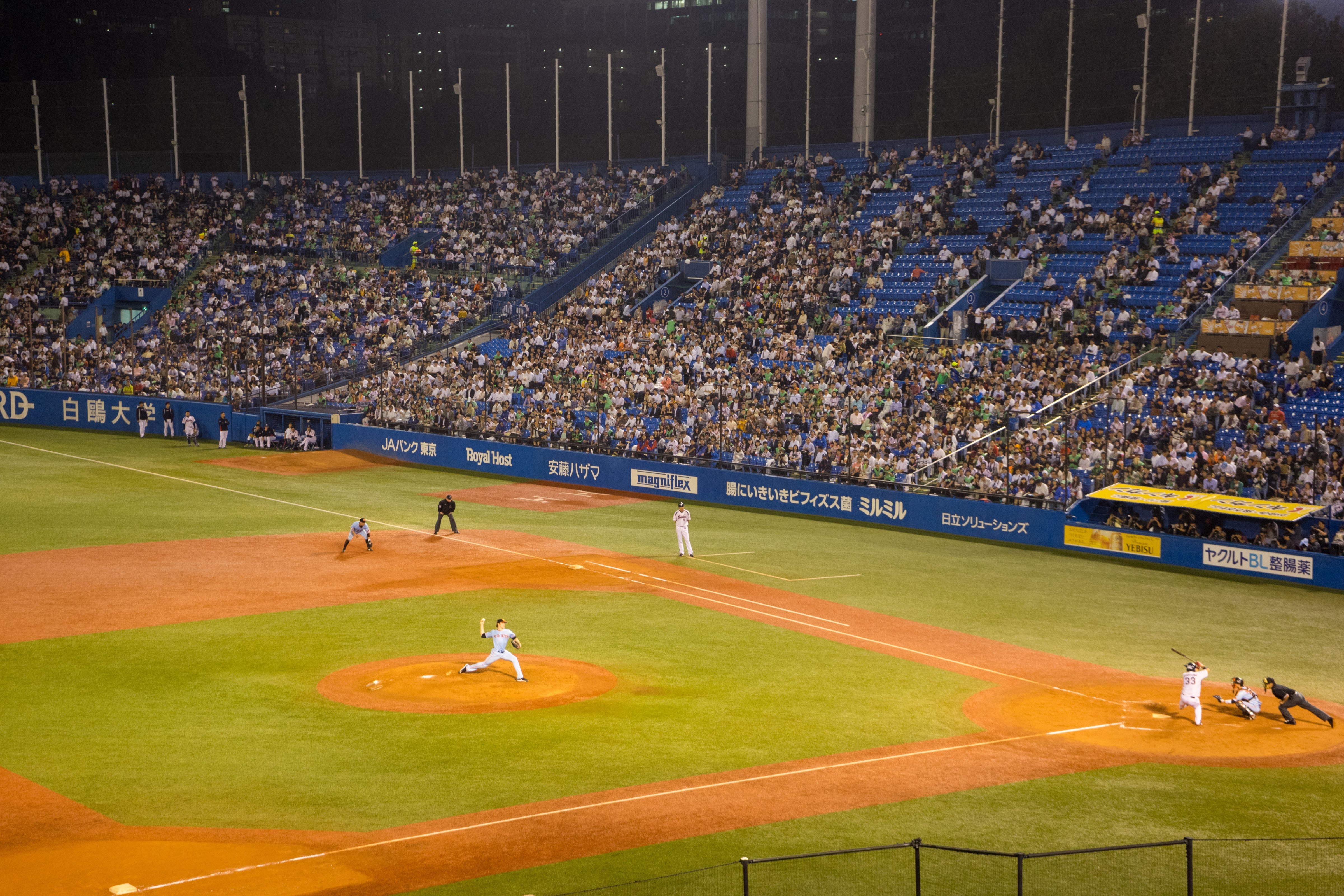 To be a good viewer, I took few photos while the game was rolling. From a baseball beginner’s view, I though that the baseball is surely a exciting game. I could totally understand why it has become the top sports in Japan. 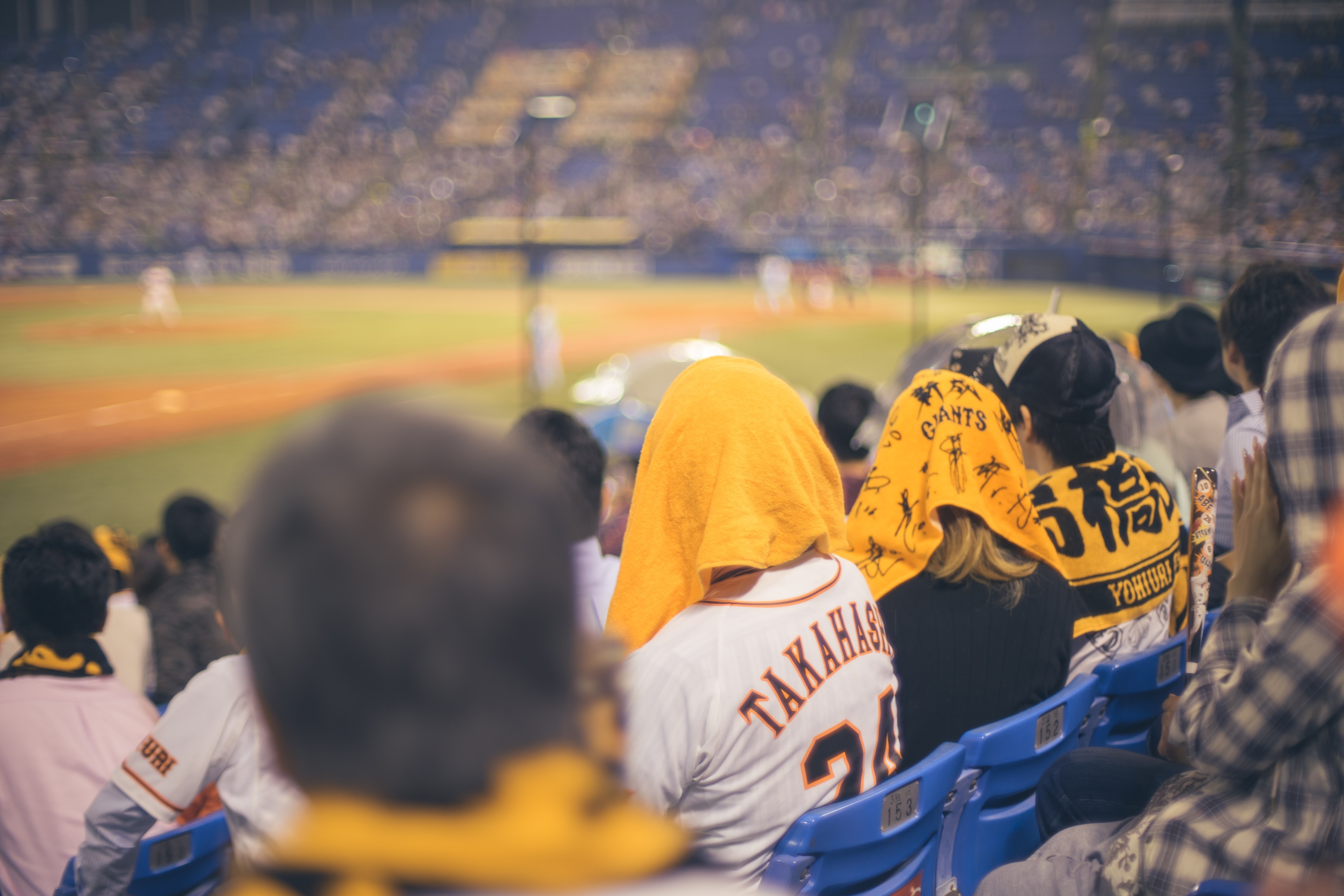 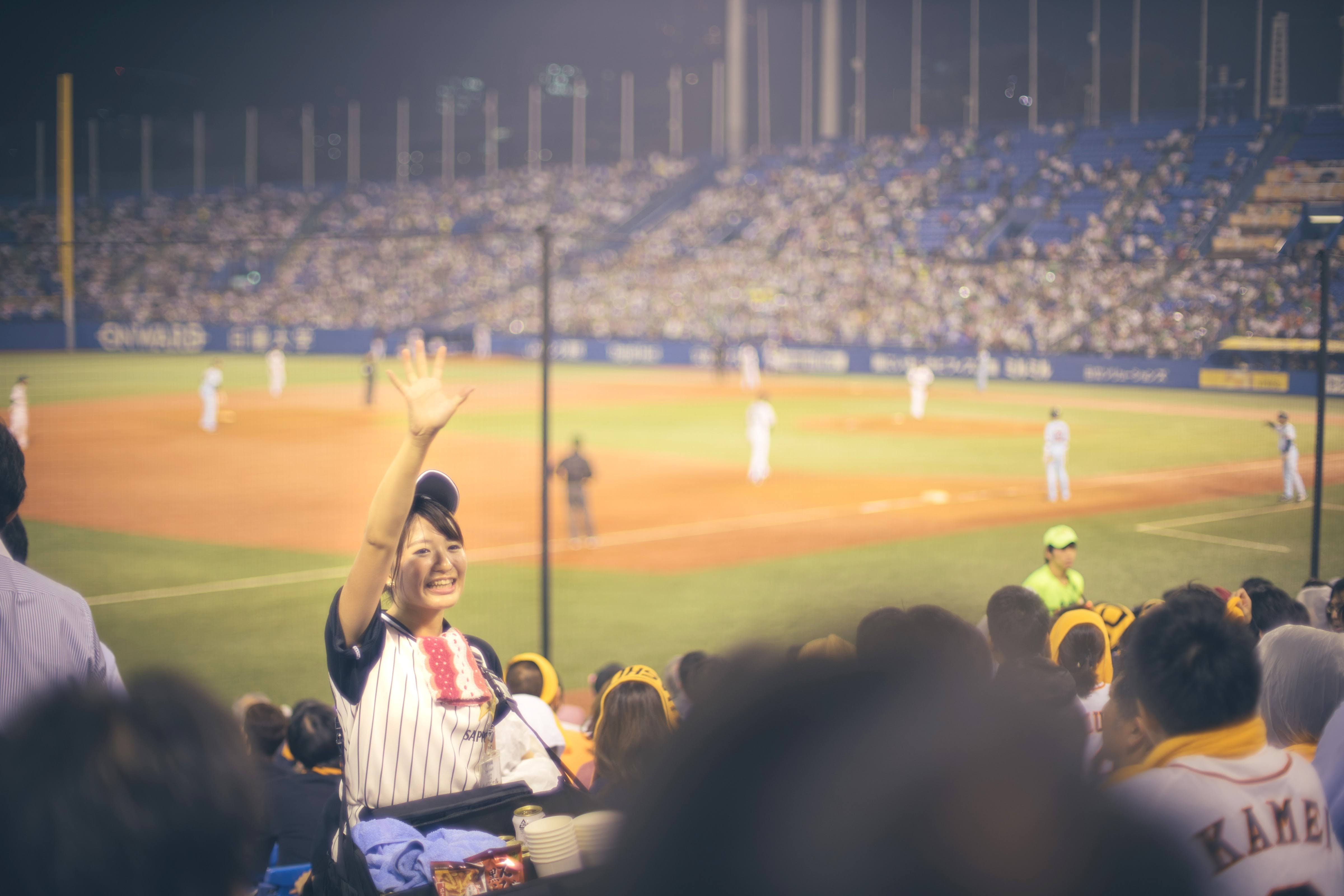 The whole stadium fill of all kinds of Japanese, people smelling, crying, cheering and drinking eating. The performance was not only from the players on the course. 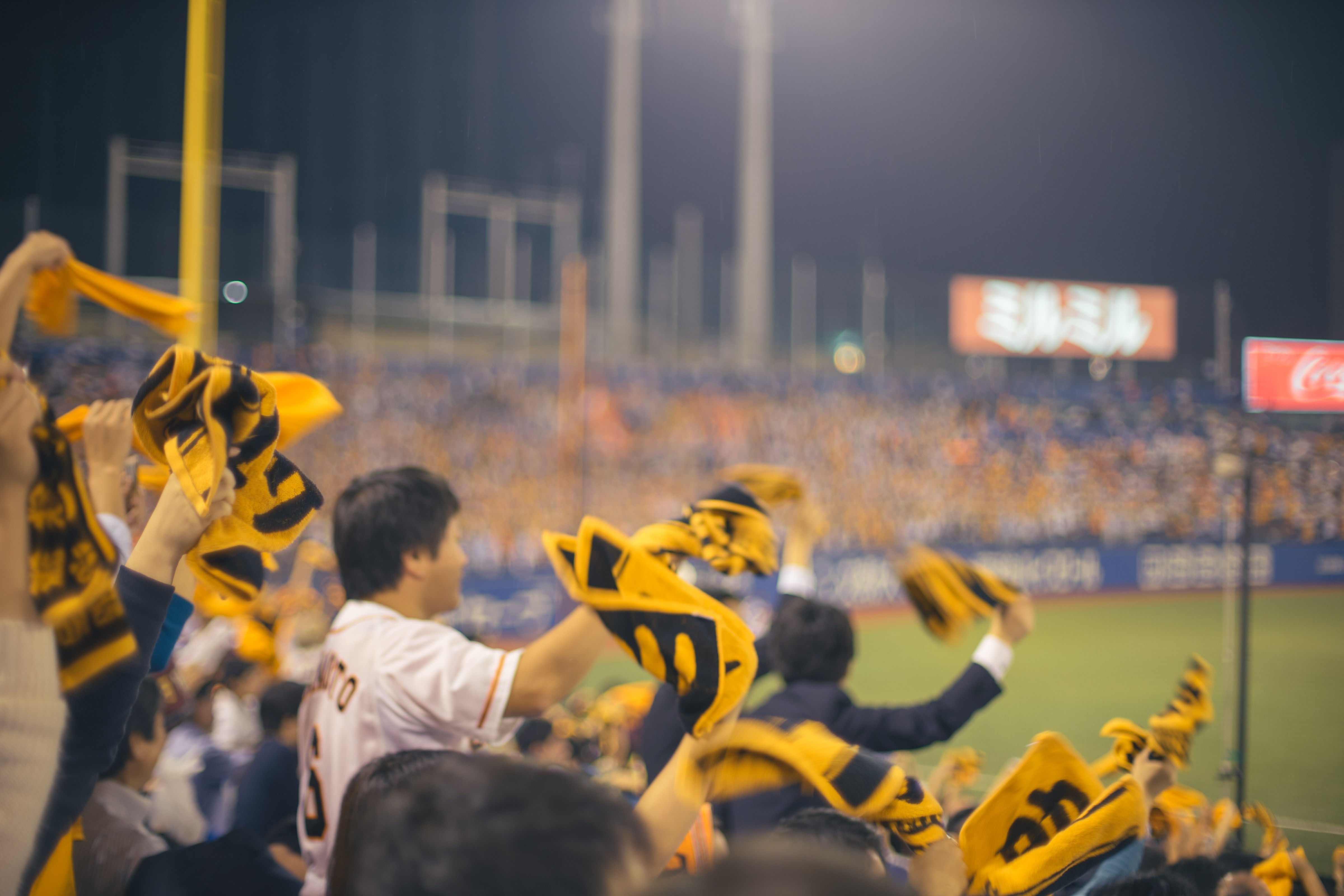 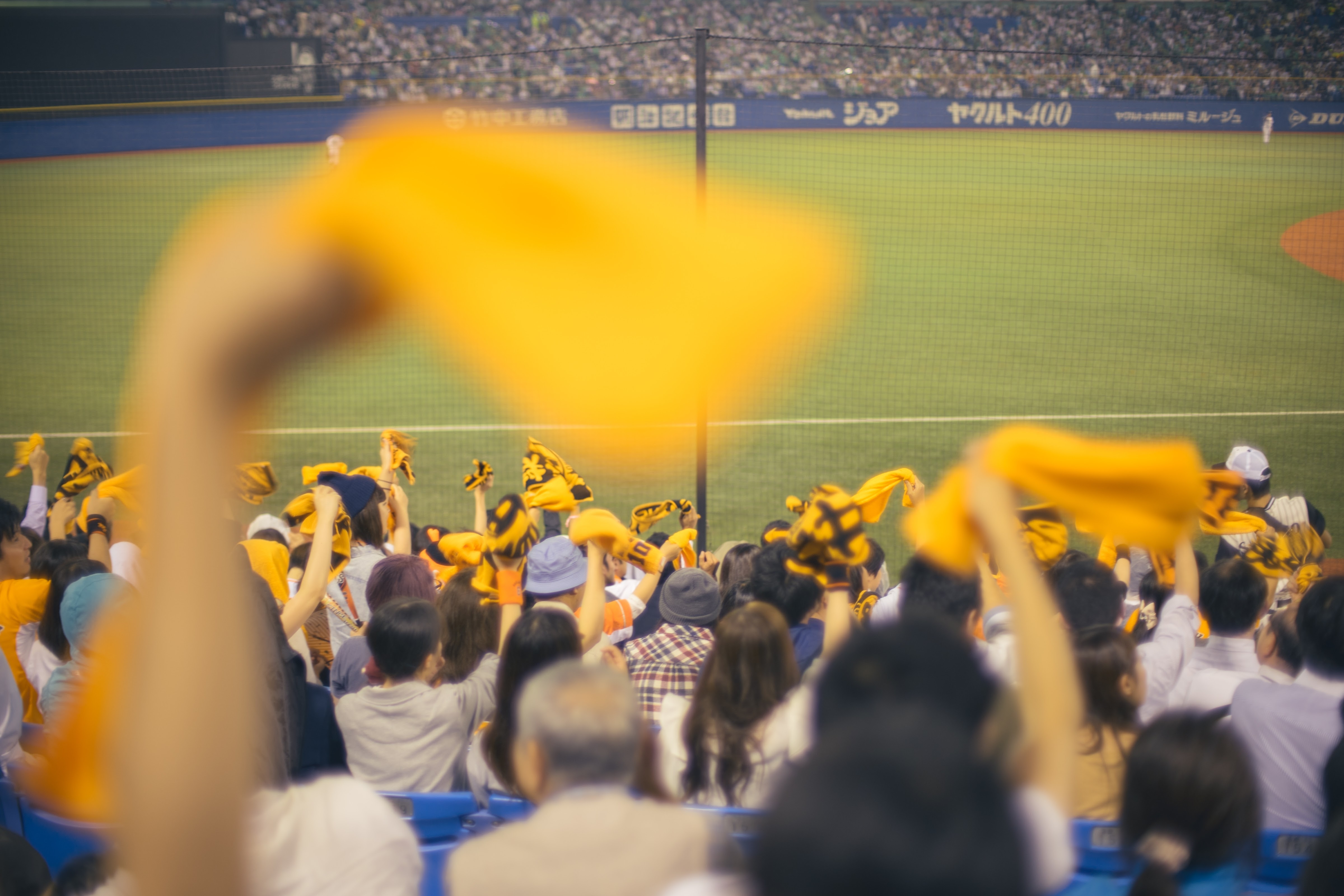 The Giants fans waved their orange towel when the team got a point, the cheering between all strangers made me moved. A great experience!